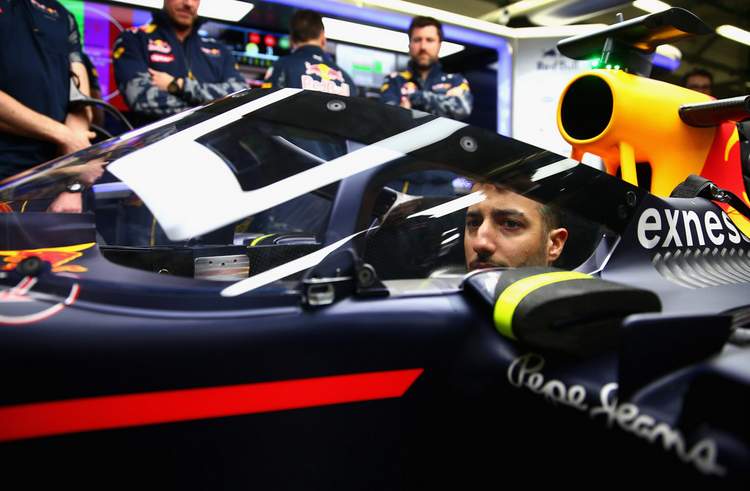 An alternative to the Halo cockpit safety solution was presented by the FIA to drivers during the Chinese Grand Prix weekend.

The device has been dubbed ‘The Shield’ and is believed to be loosely based on the solution proposed by Red Bull last year, with the goal of providing extra protection for drivers.

Speculation is that ‘The Shield’ is designed to prevent stray debris from striking a driver at high speed, but apparently will not provide much protection from a wayward flying wheel from smashing into a driver.

Formula 1 drivers were informed about the new concept during briefing in Shanghai, with the FIA seeking to attain support for the concept before the end of April.

Carlos Sainz revealed that “the FIA is seeking a compromise between safety and the aesthetics of the cars.”

Toro Rosso teammate Daniil Kvyat added, “It is hard to draw any conclusions about it and from what I gather it is just a proposal. Honestly, personally I don’t believe this is necessary. Formula 1 is safe enough as it is.”