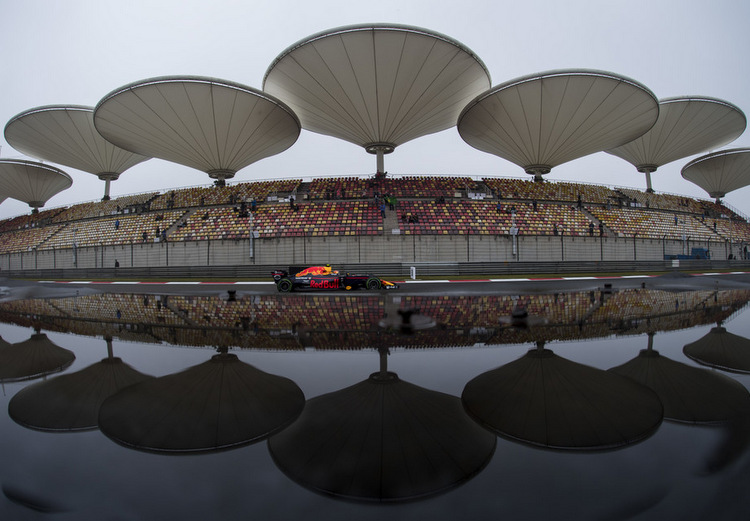 The opening practise session for the Chinese Formula One Grand Prix halted twice then abandoned because the medical support helicopter was unable to operate in the poor Shanghai weather on Friday.

The 90-minute session, already suspended for the second time, was called off with five minutes remaining on the clock at a drizzly and misty Shanghai International Circuit.

Fourteen drivers set a time during the brief window of track action, going out on a mix of intermediate and wet-weather tyres.

Dutch teenager Max Verstappen was fastest in his Red Bull, lapping the 5.4-kilometre circuit in one minute, 50.491 seconds.

Championship favourite Lewis Hamilton, who heads into Sunday’s race determined to strike back against a resurgent Ferrari by racing to a fifth win in China, did not set a time in his Mercedes.

German Sebastian Vettel, winner of last month’s season-opener in Australia, did not set a time either, with his Ferrari team mate Kimi Raikkonen also limiting himself to a single installation lap.

Several drivers were caught out by snaps of oversteer in the cool and damp conditions. Most got going again but Nico Hulkenberg beached his Renault in the gravel, returning to the pits on the back of a scooter.

After the session was initially temporarily halted after four minutes, action resumed under red flag conditions before being suspended for a second and final time shortly afterwards.

“The weather conditions have forced the closure of the local airport,” read a message on the timing screens said after the second halt.

The initial suspension was prompted by the helicopter being unable to land at the designated hospital in Shanghai.

Conditions at the track were not too bad, if a little damp and misty, with television helicopters continuing to hover above the circuit.