Hamilton: We have to do a better job 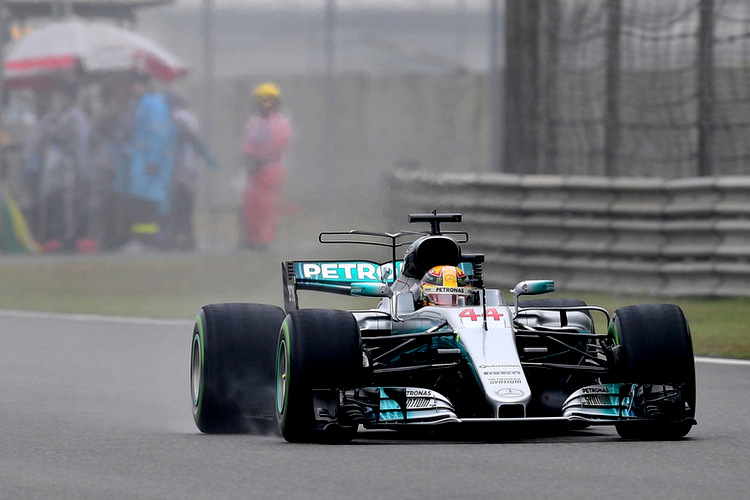 Formula One triple champion Lewis Hamilton believes Mercedes will have to raise their game if they are to beat a resurgent Ferrari in Sunday’s Chinese Grand Prix.

Sebastian Vettel dashed Mercedes’ hopes of extending their spell of dominance into a fourth straight season by comfortably winning last month’s season-opening round in Australia.

Hamilton was second ahead of new team-mate Valtteri Bottas.”It wasn’t ours to lose,” said Hamilton, who went into the Melbourne race as the favourite. “It was both of ours to win and they did a better job at the end of the day.

“For sure you can always go back in lots of scenarios and say if you’d done this differently you could win, but that’s hindsight,” said the Briton, who lost precious time bottled up behind Max Verstappen’s slower Red Bull after pitting early. “So we have to do a better job.”

For his part, Vettel tipped Mercedes as favourites to win the Chinese Grand Prix.

His win at the Albert Park circuit ended a victory drought for Ferrari and the German stretching back to the Singapore Grand Prix in September 2015.

It also raised hopes the combination could emerge as genuine title challengers to Mercedes, who have swept the drivers and constructors’ crowns for the last three years straight.

The German outfit, though, have won four of the last five races in China while Hamilton, who also has four wins, is by far the most successful driver at the track.

With rain forecast on Sunday, it could swing the balance further in his favour even if the Briton, a rainy-weather specialist, is uncharacteristically uneasy about racing in the wet this weekend.

“Usually I like driving in the wet. But I am a little bit apprehensive,” the 32-year-old said on a rainy afternoon in Shanghai.

Formula One’s wet tyres have been revised after criticism about their effectiveness last year and as part of rule changes that have resulted in cars that are wider, with fatter tyres and more swept-back bodywork.

Teams had the chance to try out the new wet-weather rubber over the course of a day during pre-season testing on an artificially drenched track.

But Hamilton sat out the session on that day with an electrical issue.

Despite his apprehension, Hamilton is looking forward to the race. “I do relish the challenge. I do believe if anyone is able to do it I can, so I will figure it out.”