Hamilton: This could be a blessing in disguise 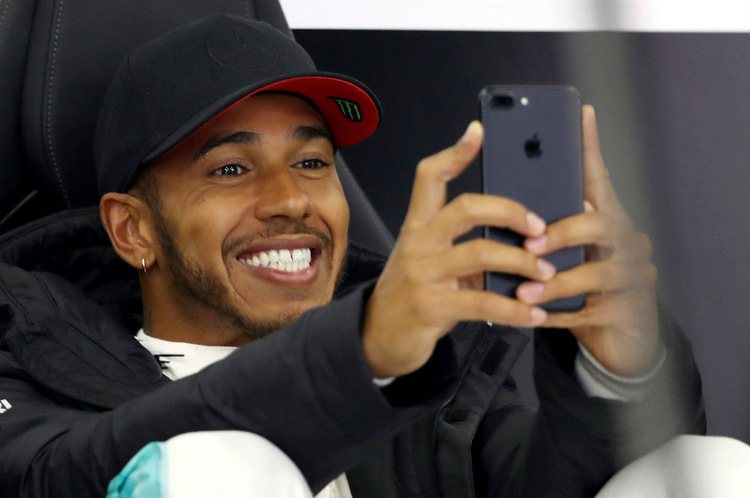 When Lewis Hamilton finally emerged from the garages on a rainy, foggy Friday at the Chinese Grand Prix, it wasn’t to take his Mercedes car out for a practice lap on the Shanghai International Circuit, it was to sign hats to throw into the crowd and suggest a new weekend format to the powers that be.

Hamilton and the other Formula One drivers had very little time on the track after poor visibility wiped out much of the day’s two practice sessions.

With the circuit’s medical helicopter unable to land at the nearest hospital in case of an accident, F1 canceled the afternoon session completely and only gave drivers the green light for about 20 minutes in the morning.

After the second session was called off, Hamilton walked onto the track to take pictures of the hardy fans who had remained in the stands hoping for the weather to clear. He then signed hats and threw them into the cheering crowd.

“Obviously not a great day,” Hamilton said. “The track was absolutely fine and we could have run all day today with no issue if it weren’t for the clouds.”

On Twitter, the three-time world champion pressed the FIA and F1’s new owners, Liberty Media, to adjust the weekend schedule to allow for more practice runs. He suggested holding three practice sessions on Saturday and then qualifying on Sunday morning before the race.

“This could actually be a blessing in disguise. A chance for new bosses to be proactive & be creative,” Hamilton tweeted.

The FIA did not immediately respond to questions about whether the weekend schedule would be adjusted. The forecast for Saturday’s qualifying was expected to be clear, but rain could return for Sunday’s race.

The slick conditions caused plenty of sliding for the brief time the drivers were on the track in the morning, with Haas racers Kevin Magnussen and Romain Grosjean spinning at Turn 9 and Renault driver Niko Hulkenberg ending up in the gravel after spinning on Turn 3.

“It’s going to be the same for everyone (on Saturday),” said Valtteri Bottas, Hamilton’s teammate at Mercedes. “It’s a real shame with the weather here, but there’s nothing we can do. We’re very keen to see how we’re performing here, which we didn’t find out today.”