Giovinazzi: I will try my best and score a point 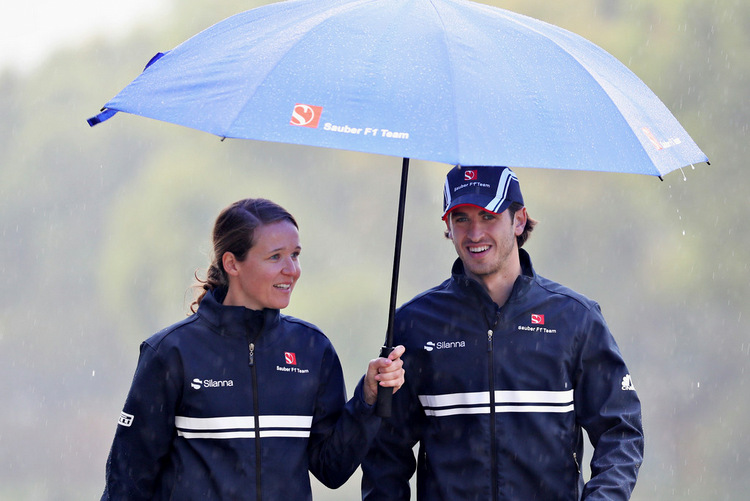 Sauber super-sub Antonio Giovinazzi, impressively up to speed on his Formula One debut in the season-opening race in Australia, is wasting no time as he sets his sights on the points in Sunday’s Chinese Grand Prix.

The Italian was drafted in as a last-minute replacement for Pascal Wehrlein in Melbourne after the German withdrew for fitness reasons on Saturday morning.

Giovinazzi impressed despite limited time in the car, lapping less than two-tenths of a second slower than his more experienced team mate Marcus Ericsson in qualifying and finishing 12th in the race.

With Wehrlein also opting out of the race in Shanghai this weekend, Giovinazzi, who is also Ferrari’s third driver, will continue to stand in for the Mercedes-backed driver.

Breaking through into the top-ten points positions in a Sauber with its year-old Ferrari engine will a tough ask.

But with more time in the car, and rain predicted for Sunday, Giovinazzi said he would give it his all.

“To score a point will be difficult but I will try my best and score a point,” said the 23-year-old, who if he finishes in the top ten will become the first Italian to score in Formula One since Vitantonio Liuzzi in 2010.

“It will be maybe wet and also to have some experience in the wet conditions will be good.

“What I can do is to do my best and hope the result can be good like Melbourne.”

Wehrlein, who raced for now-defunct backmarkers Manor last year in his rookie season, hurt his back in an accident in the “Race of Champions” event in Miami in January.

The 23-year-old was unable to train for the greater physical demands of the 2017 cars as he took time off to recover.

He took part in testing, however, albeit sharing driving duties with Ericsson and was cleared to race in Australia.

Other drivers like Force India’s Sergio Perez, who hoped Wehrlein wasn’t suffering from a more serious issue, respected his decision but said they would have raced even if they weren’t fully fit.

“These kinds of things you have to take seriously,” she told reporters, referring to Wehrlein’s accident.

It is not yet clear if the German will return for next week’s race in Bahrain.