Vettel: Mercedes still has to be the favourite 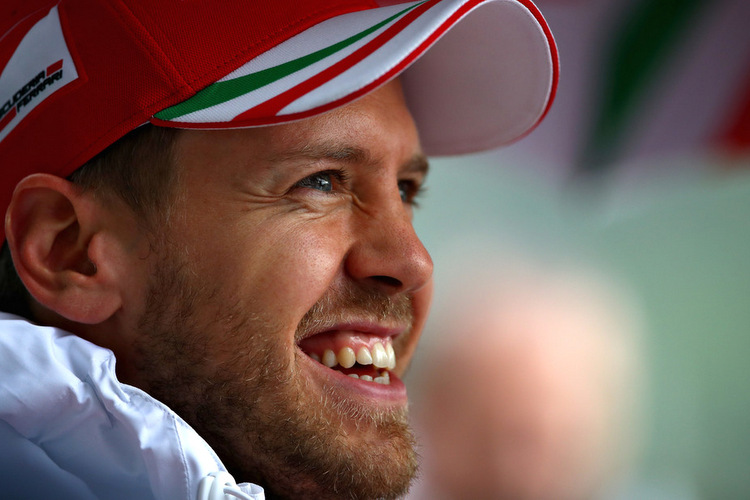 Ferrari driver Sebastian Vettel has tipped Mercedes as favourites to win the Chinese Grand Prix on Sunday even after his victory in Formula One’s season-opening round in Australia.

“I think Mercedes still has to be the favourite, obviously,” Vettel told reporters on a damp afternoon in Shanghai on Thursday.

“We know that we have a good package which puts us in a strong place but … we know there’s a lot of things that we need to do to keep up with them and keep the position that we are in now, to fight for good races.”

Hamilton, who started from the pole position, appeared to have the edge over the German in qualifying but the Ferrari appeared genuinely faster in race trim.

Vettel’s win in Australia was Ferrari’s first since September 2015 and first in a season-opening race since Bahrain in 2010.

It raised hopes that the Italian squad could challenge Mercedes for the title this season and end the Brackley-based outfit’s run of dominance, one that has seen them sweep to a hat-trick of drivers and constructor’ titles and 51 wins from 59 races over the last three years.

Mercedes have a strong record around the 5.4-km (3.3-mile) long Shanghai track, winning four of the last five races at the circuit and starting each one on pole position. Hamilton, too, has won in China four times, more than any other driver by far.

He is also the only man to have enjoyed back-to-back success at the track, and Vettel could be right to be wary.

But he hasn’t ruled out the race throwing up some surprises, especially if the rain forecast for Sunday arrives.

“It’s always a Grand Prix full of surprises,” said the 29-year-old, who handed Red Bull their maiden Formula One triumph in a wet race in Shanghai in 2009. “You never know what happens around here.”