Vettel: It’s wrong to change too much 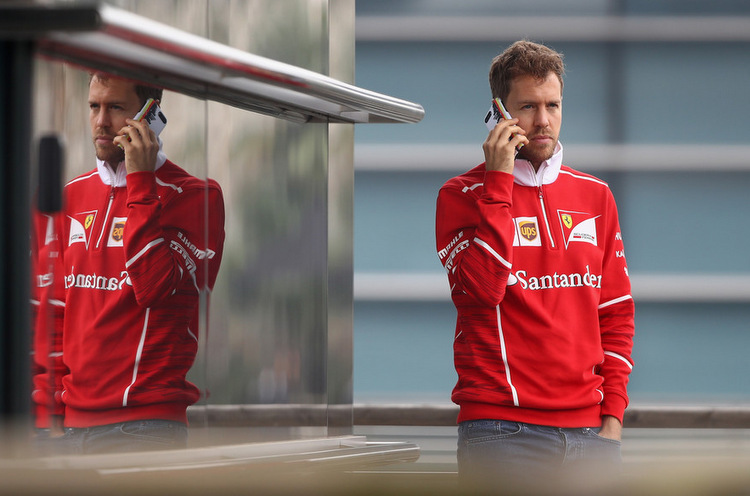 Formula 1’s current season leader Sebastian Vettel on Thursday warned against tinkering with the sport to make it more fan-friendly under its new American owners, believing that the sport at the highest level does not need too much change.

The Grand Prix circuit has entered a new era with its recent acquisition by US-based Liberty Media after decades under the helm of longtime ringmaster Bernie Ecclestone.

There had been complaints that, under the 86-year-old Ecclestone, Formula One failed to move with the times by staying entertaining, and has paid the price with plummeting fan interest.

But Vettel, a four-time champion who surged to a comprehensive victory for Ferrari in the Australia season-opener, said suggestions such as trimming the number of races or their duration were misguided.

“I am maybe very old school on many things,” the 29-year-old German said in Shanghai ahead of this weekend’s Chinese Grand Prix. “I think that some things we shouldn’t change. I think it’s wrong to change too much.”

The sport had been criticised for boring races, a lack of razzle-dazzle, and all-too-predictable dominance by the likes of giants Mercedes and Ferrari.

Formula One now hopes to appeal to a younger, global, social media-savvy audience and this season has introduced wider new machines and broader tyres that are expected to provide more noise and spectacle.

Vettel acknowledged that shorter races would be “more exciting” but added that reducing track time for the benefit of attention-deficit millennials would also reduce the challenge of the sport.

“That’s the Grand Prix. That’s how it’s always been. (Races have) been even longer in the past if you look a long way back, and it should remain a challenge.”

“I think by making it shorter, it would be more exciting but I think it’s not a Grand Prix anymore.”

“I’m a bit sceptical about change for the sake of change.”

Vettel’s 11-second victory over reigning champs Mercedes and their star Lewis Hamilton in Australia put the German constructors on notice.

But Vettel warned that the season was still young, “I think Mercedes has to be still the favourite obviously. We had a very, very strong first race but the way we look at it on the team is we go race-by-race.”

At the weekend, Vettel will be back behind the wheel of “Gina”, as he has named this season’s car.

“It’s just a bit of fun, to have a bit more of a relation (with the car) than just calling it ‘the car’,” he said. “I name my car but it is not like I stroke her in the morning when I come in, and again in the evening.”