Magnussen: I did not apologise to Ericsson 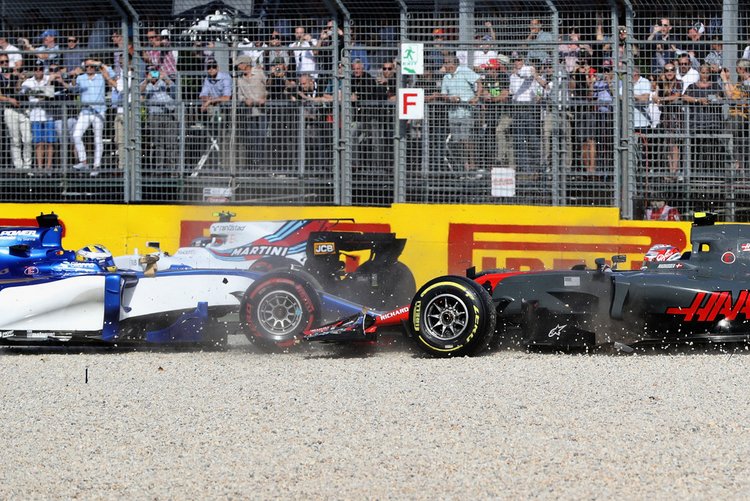 Two weeks since Kevin Magnussen crashed into Marcus Ericsson on the opening lap of the Australian Grand Prix, the Haas driver denies that he apologised for his role in the incident.

Asked if he apologised to Ericsson, Magnussen replied, “No, I didn’t. I saw the tweet. We met in the plane and talked about it, but I didn’t apologise.”

“It’s not his fault – it was a racing incident. He was on the outside, I understeered into him. It was actually an oversteer that turned into an understeer – if I was him, I would have left more room just to be sure.”

“There was no way I could have done anything [different] anyway, but it’s a racing incident,” added Magnussen.

But now, in Shanghai, Sauber driver Ericsson insisted, “We were on the same flight on Sunday night [after the Australian Grand Prix], so we had a chat on the plane, and Kevin put his hands up and said he was sorry.”

“I know Kevin well and I know he wasn’t intending to have the incident, but it’s all behind us now.”

But he did admit, “For me it’s disappointing – it ruined my race after three corners. You can call it a racing incident, but at the same time it’s difficult for me to look back and say what I could have done different to avoid it.”

“It’s on the limit – I could have seen a penalty for it. Without a penalty, I accept it, but it’s very close. For me it was clear that it was Kevin’s fault and he didn’t get a penalty.”

“Now they’ve shown they are taking a decision on what is allowed, so I hope that is going to be the case here as well. If they suddenly start penalising guys now when similar things happen, it will be very confusing,” added the Sauber driver.