Hamilton: We’ve got a real fight on our hands 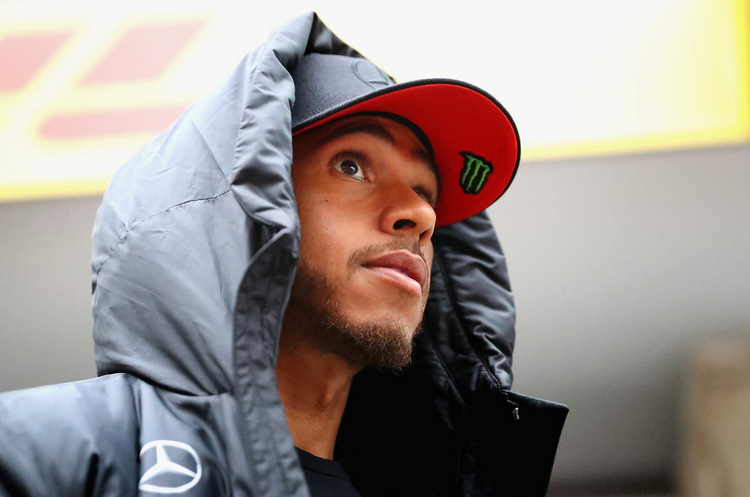 Three-time Formula 1 champion Lewis Hamilton finds himself in an unfamiliar position just one race into the new season – facing a stiff challenge from a driver other than former Mercedes teammate Nico Rosberg.

With Ferrari driver Sebastian Vettel earning a surprising and emotional victory at the Australian Grand Prix last month, Hamilton will now try to reassert his team’s long-held position at the top of the sport at this weekend’s Chinese Grand Prix.

“It just fuels the fire even more,” Hamilton said Thursday. “We wanted to win (in Australia). We wanted to be the ones at the front. And we’ve got a real fight on our hands.”

The Australian Grand Prix gave racing fans a taste of what they’ve been yearning for during three straight years of Mercedes domination – the prospect of a true rival to the silver cars at the top. Mercedes won 19 of the 21 F1 races in 2016, with Red Bull capturing the other two.

Vettel’s win – his first since Singapore in late 2015 – came after F1 instituted new regulations designed to make this year’s cars faster and bring more excitement and wheel-to-wheel racing to a sport that had grown predictable in recent years.

Despite his loss in Melbourne, Hamilton is a fan of the new rules. Anything to bring more intensity and competition to F1 is a good thing as far as he’s concerned.

“My favorite form of racing is go-karting … because it’s wheel-to-wheel, all the way, from start to finish,” he said. “I’m dying for that day to come again. I hope that happens with me and Sebastian. He’s a four-time world champion, one of the best of our generation, so I think fans are sitting on the edge of their seats for that.”

It helps that Vettel is also feeling particularly confident at the moment. Since capturing the last of his four world titles with Red Bull in 2013, he had only won three races before triumphing in Melbourne in March.

His new Ferrari team hadn’t been at the top of the podium in Australia in 10 years.

“It’s the best way to obviously kick off the season,” Vettel said. “After one race, it’s easier to say this year is better than last year, but it’s only one race.”

With a track featuring two long straights, which has favored the faster Mercedes cars in recent years, the Chinese GP presents a different challenge, however.

Hamilton has finished at the top of the podium in Shanghai four times. The now-retired Rosberg won last year’s race.

“I think Mercedes has to be still the favorite,” Vettel said. “We know that we have a good package which puts us in a strong place, but we know that there’s a lot of things we need to do to keep up with them and keep the position that we are in now.”

The other teams were significantly off the pace set by Ferrari and Mercedes in Melbourne. Max Verstappen finished fifth for Red Bull, while teammate Daniel Ricciardo was forced to retire with a mechanical failure on the 28th lap.

“For sure, we have to improve, but that’s how it is at the moment,” Verstappen said. “It’s quite a big gap, but I’m quite confident we can definitely close it in the upcoming races.”