Bahrain activists call for F1 race to be cancelled 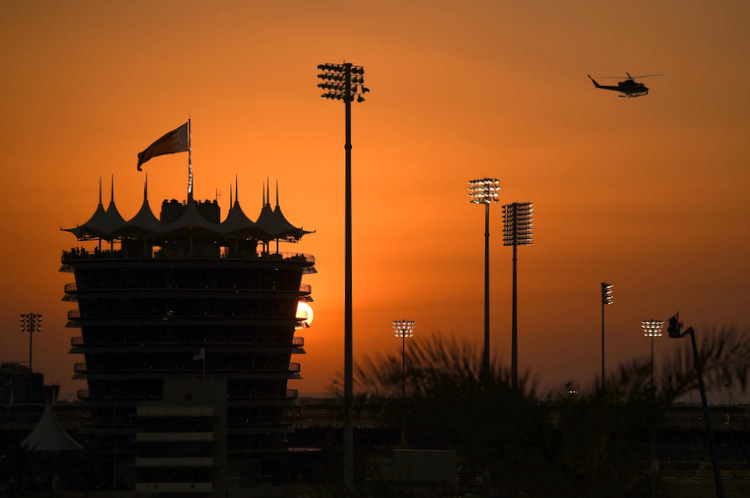 Human rights campaigners have urged Formula One management to cancel next week’s Bahrain Grand Prix, accusing the country’s rulers of using the race to “whitewash” abuses and improve their image abroad.

Bahrain’s biggest sporting event is watched by a worldwide audience of millions and has been held since 2004, with the exception of 2011 when violent civil unrest forced its cancellation.

“Concerted and visible action is now required from Formula One, consistent with its commitment to human rights,” the groups said in a letter to Formula One chairman Chase Carey and the two managing directors Sean Bratches and Ross Brawn.

“We call on you to suspend this year’s race in view of the alarming situation in the country.”

The letter, also addressed to the chief executive of F1 sponsor Heineken, was sent by the Gulf Centre for Human Rights, Bahrain Institute for Rights and Democracy, Article 19 and Americans for Democracy and Human Rights in Bahrain.

Activists recognised privately, after a media briefing, that they did not expect the call to be heeded.

Bahrain, a former British protectorate and the U.S. Navy’s main outpost in the Gulf region, has stepped up a crackdown on the opposition, banning the al-Wefaq party and arresting several prominent activists.

The Sunni Muslim-ruled kingdom accuses Iran, a Shi’ite Muslim theocracy across the Gulf, of radicalising and arming some members of its Shi’ite majority population. Three Shi’ite men were executed in January after being convicted of killing three policemen.

Formula One, criticised for holding races in countries accused of abuses against government opponents, published a commitment in 2015 to respect “internationally recognised human rights in its operations globally.”

Formula One is now owned by U.S.-based Liberty Media, which took over the sport in January and ousted Bernie Ecclestone as commercial supremo.

Ecclestone, 86, told Reuters he would be in Bahrain for the race, the first he has attended since he ceased to run the show.

The campaigners’ letter said Formula One would “become complicit” in human rights violations in Bahrain if the race was not cancelled.

Activist Zainab al-Khawaja, who lives in Denmark after being arrested and released several times in Bahrain, told reporters that the race raised the question, “Does the world care about what’s happening in Bahrain?

“It (Formula One) is a message sent to the people of Bahrain that the world does not care,” she said.

“The government uses this event to whitewash and give a different picture of what’s happening in the country. While people are suffering every day, they want people on the outside to be seeing this race…and not all the images of people who are dying and being tortured.”

A spokesman for Formula One Management was not immediately available for comment.