Alonso: I prefer to be here than in a supermarket in my home town 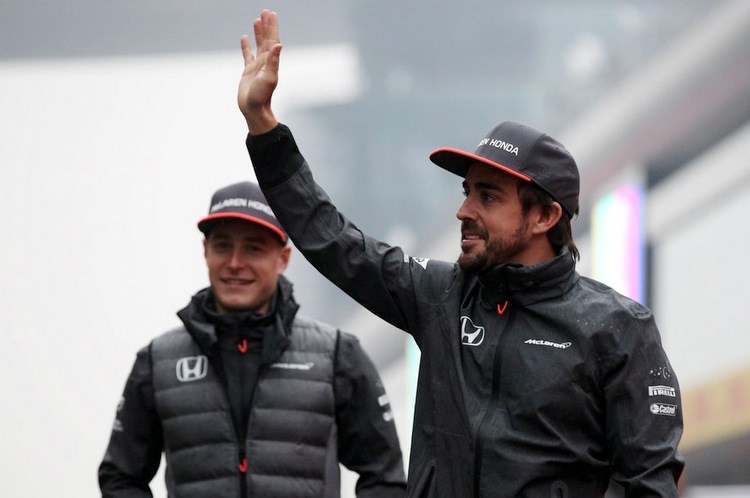 Amid the ongoing struggles of McLaren-Honda, speculation regarding the future of Fernando Alonso is almost constantly capturing Formula 1 headlines, but he claims that retirement is not on his radar at all.

Speaking to media in Shanghai, Alonso said, “I prefer to be here than in a supermarket in my home town.”

Recently Mark Webber, known to be close to the Spaniard, suggested that the Spaniard may walk out before the season ends, to which he replied, “If one ex-driver is interviewed, there is always one question about Alonso, on the situation, how difficult it is.”

“Everyone [think they are] close to me and it’s like I have a depression, and it’s not like that. In F1, I am delivering at my best, I am more prepared than ever. I perform at my best.”

McLaren’s woes are well documented, in a nutshell their engine partner Honda grossly underestimated the task of building the sophisticated power units. By their own admission this year they followed and developed an engine philosophy that has not paid off yet. Report here>>>

Alonso acknowledges, “The team is not very competitive now. There’s nothing we can do from one day to another,” he said.

“At the same time, the team is expecting an extra result from me now, as we did in Australia, when the predictions say we are last.

“If in China they say we are last, hopefully Alonso will be in the points. It is a little bit difficult to understand how we have done a step backwards this year.”

“We are working very hard for the last couple of months to fight for podiums and victories and if we can’t do that we need to change the situation.”

“It is what we are asking for. We are here to win and we are not winning so we need to change something.”

Last month it emerged that McLaren had apparently sounded out Mercedes with regards to an engine supply deal should Honda fail to raise their game.

But Alonso was coy about the prospect, “I have nothing really to say. I know there is some media speculation about things. I read also the things. But as far as I am concerned there is no news.”

To speculation that Mercedes may consider him to partner Lewis Hamilton, should Valtteri Bottas not deliver to expectations, Alonso said, “It is a question for the future. Nothing is ruled out.”

“I respect [Hamilton] a lot. We like to compete and beat the best. Same with Michael [Schumacher]. It was fantastic to win titles when Michael was on the track as well, because if not they do not have the same value,” added Alonso who last stood on a F1 podium at the 2014 Hungarian Grand Prix, his last victory at the Chinese Grand Prix earlier that year.