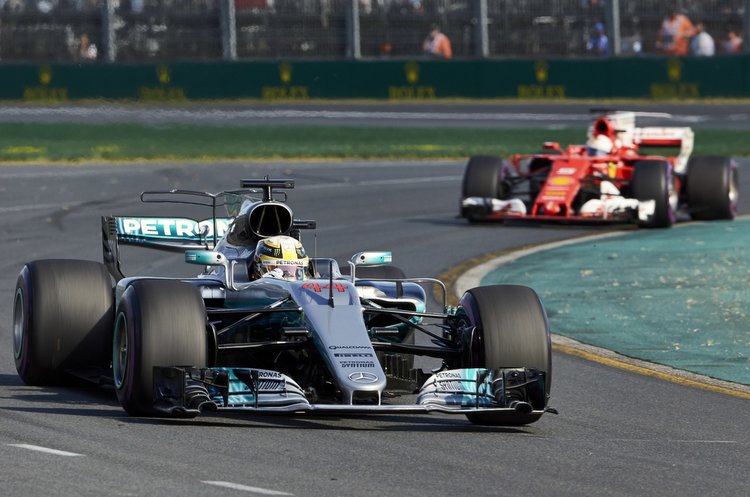 Sebastian Vettel’s comprehensive victory for Ferrari has put Mercedes on red alert ahead of the Shanghai race weekend but Wolff insists Hamilton has the steel to strike right back after finishing second in Melbourne.

“Lewis is the best Lewis that I’ve seen in the last four years – both on and off the track,” said the Austrian. “He’s become a pillar of this team and he proved that in Melbourne. “You need to be careful to manage your own expectations.

“If you think you are going to cruise to victory in the future, based on a track record of success, you’ll be proven wrong very quickly. You need to put the finger in the wound, identify your weaknesses and then respond.”

Hamilton, who busied himself with a spot of scuba diving this week, has previously won four times in China but the triple world champion will be mindful of his sluggish start to the 2016 campaign.

Former teammate Nico Rosberg reeled off four straight victories before the Briton finally hit his stride in Monaco in the sixth race of the year.

Rosberg’s hot start helped the German pip Hamilton to the world title before sensationally walking away from the sport.

Valtteri Bottas replaced Rosberg and the Finnish driver took third in Australia on his debut for the Silver Arrows.

But Ferrari have shown impressive early pace, with 2007 champion Kimi Raikkonen taking fourth and all the signs point to another tight battle between the two top teams in China.

A buzzing Vettel, who romped to four successive world titles with Red Bull from 2010 to 2013, will fancy his chances of further getting under Hamilton’s skin.

Wolff is under no illusions about the threat posed by Ferrari, “There are still many areas where we can be better. It’s not a case of looking at the competition for inspiration but of getting our own homework done to maximise our performance.”

Bottas, meanwhile, tweeted photos of himself running bare-chested along a beach in Bali to prepare for this week and will be hoping to make a splash in Shanghai, although the smart money will be on Vettel and Hamilton.

Also clear from the early skirmishes is that Red Bull have lost their fizz as young Dutch driver Max Verstappen took fifth with Daniel Ricciardo enduring a weekend that nightmares are made of.

The Aussie spun into a wall in qualifying and ground to a halt during the race on lap 29, dealing a blow to Red Bull, who were expected to challenge Mercedes and Ferrari.

Verstappen complained the Red Bulls lacked power, grip and downforce and team mechanics will be racing to solve the car’s balance issues before the weekend.

But if Ferrari’s victory in Australia gave Formula One fans cause for optimism after three years of crushing Mercedes dominance, the wider cars and fatter tyres of 2017 appear to have made overtaking harder.

Hamilton grumbled about being unable to pass Verstappen despite having fresher tyres and was by no means alone in expressing concerns about the increased dirty air caused by the new aerodynamics.

The Shanghai circuit should provide a more accurate guide than Melbourne’s street circuit, however, while Mercedes will hope a fourth successive Chinese victory heralds the resumption of normal service.