Can Ferrari deliver a Shanghai surprise? 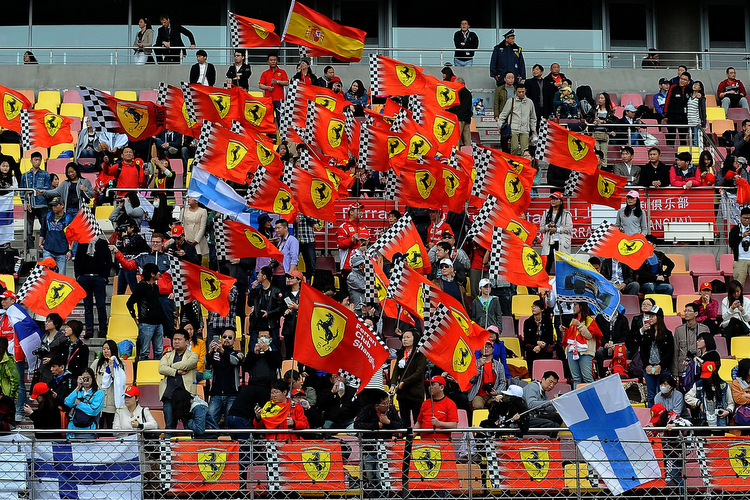 Lewis Hamilton has raised his game but whether the Mercedes driver can deny Ferrari a second successive win of the season at the Chinese Grand Prix this weekend remains to be seen.

On paper, the triple Formula 1 world champion is still the man to beat – the most successful driver by far in Shanghai with four wins to date.

“He has become a pillar of this team and he proved that in Melbourne,” said team boss Toto Wolff after the Briton started on pole and finished second to Ferrari’s Sebastian Vettel in the Australian season-opener.

But Vettel is leading the championship, the first time a non-Mercedes driver has done that since he took his fourth title with Red Bull in 2013, and once-dominant Mercedes have a fight on their hands.

Mercedes, who have taken both the drivers and constructors’ titles for the last three years, have won four of the last five races in China.

As Melbourne showed, however, past form may count for little in a season of sweeping rule change.

“If you think you are going to cruise to victory in the future, based on a track record of success, you’ll be proven wrong very quickly,” said Wolff. “Australia was a weekend full of lessons, now we go to China ready and excited for another battle.”

Ferrari have not started a season with consecutive wins since 2004 at the peak of the Michael Schumacher era, the Italian team taking 15 victories from 18 races that season.

Vettel’s win in Australia ended a victory drought for Ferrari stretching back to September 2015, and drew rare praise from company chairman Sergio Marchionne, but they must now prove they can be genuine contenders.

“You really have to go step by step,” said Vettel. “It’s good to know that we have a great car but it’s just the beginning: new regulations, new generations of cars so there will be a lot of progress.”

The cars this year are longer and wider, sporting fatter tyres and more swept-back bodywork as part of a rules shake-up aimed at making them faster, more spectacular to watch and harder to drive.

But overtaking has also become more difficult, with Australia raising concern about the lack of real moves.

The long straights and wide sweeps of the Shanghai circuit saw 128 passes last year, more than at any other track, and should provide a more definitive verdict.

Once-great McLaren can expect to be on the receiving end, with engine partners Honda under intense pressure after a slow start to the season.

“The characteristics of the Shanghai International Circuit are very different from Melbourne, and its long, fast straights will likely expose the weaknesses in our package more than Albert Park did,” said McLaren Racing Director Eric Boullier.

Italian rookie Antonio Giovinazzi makes his second start for Sauber as a replacement for Pascal Wehrlein, with the Swiss team concerned the German still needs time to get race fit.