ROC: All drivers competing in future will wear neck protection 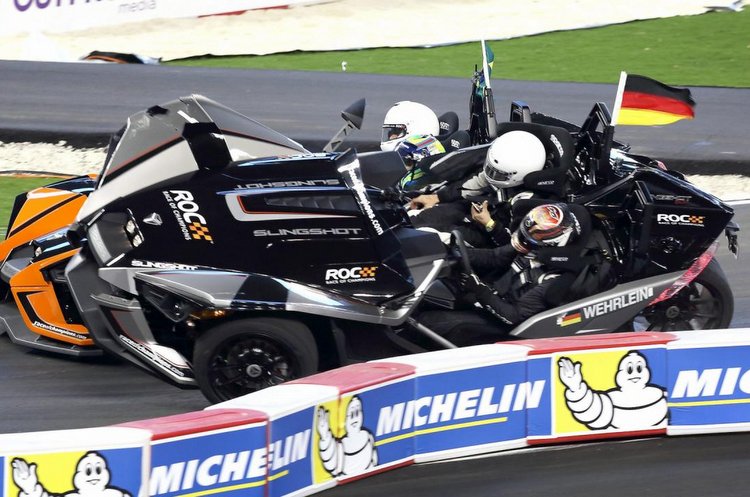 In the wake of the repercussions of Pascal Wehrlein’s accident during the Race of Champions event in January, all drivers will be required to wear HANS, Simpson or similar approved Frontal Head Restraint devices.

Wehrlein has not fully recovered from his spectacular crash during the event in Miami, and as a result has been forced to miss out on the season opening Australian Grand Prix, as well as the forthcoming Chinese Grand Prix and most likely the Bahrain Grand Prix a week later.

A study of images and video footage from the event showed that Wehrlein (and several other drivers) did not wear a HANS-device or similar neck protection equipment and his injury happened to be neck related.

When approached for comment on the matter, a ROC spokesperson responded, “Race Of Champions takes safety very seriously, as proven by its safety record over 28 years. In light of the incident at the ROC event in Miami, all drivers competing in future ROC events will be required to wear Frontal Head Restraint devices.”

“The ROC Miami event (a National Status event with International participation) was held under the General Regulations of ACCUS with the support of USAC – United States Auto Club – (incorporating the International Sporting Code of the FIA) these do not mandate drivers to wear a form of Frontal Head Restraint (FHR), including HANS device, in competition. ROC always strongly urges its competitors to wear an FHR device and does provide these to competitors and passengers that don’t have their own. However, in Miami, the final decision was ultimately made by individual drivers, most of whom wore one.”

“ROC uses a Simpson harness, which is different in appearance to the traditional HANS device. All cars used are also compatible with HANS, Simpson and similar FHR devices.”

When asked to confirm the absence of a neck safety device on Wehrlein when he crshed, the spokesman added, “Based on the low speed and historically over 28 years very low risk environment at Race Of Champions, a number of drivers choose not to wear the Hans device at the event in Miami, which was their right.”

It also emerged that Wehrlein ignored the wishes of his own manager not to attend the race and rather focus on preparations for the new Formula 1 season, but the German driver chose otherwise.