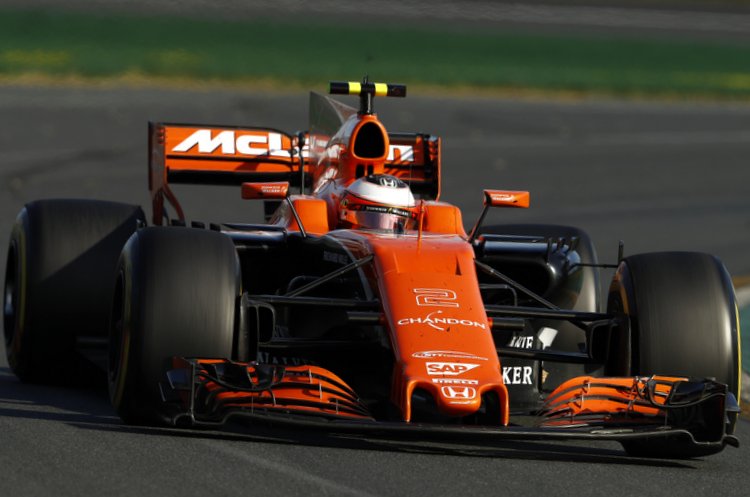 The Chinese Grand Prix takes place at the Shanghai International Circuit, which is one of the most expensive purpose-built F1 facilities in the world. Completed at a cost of $450m, the 5.451km/3.367-mile layout is shaped like the Chinese character ‘shang’, which stands for ‘high’ or ‘above’

Fernando Alonso: “Australia was a bit of a surprise for us, as we didn’t expect to perform at the level at we did, although on paper, ultimately, the results show the reality. We know there’s a lot of work to do and we aren’t delivering what we had aimed for pre-season, but equally we’re pushing hard behind the scenes. Despite there being a few fly-aways at the start of the season, we’re still expecting to upgrades at every race, including China.

“In Shanghai last year everyone had their eye on the tyres as wear is typically high there and we often saw graining, but it’ll be interesting to see how the new compounds perform on this type of track. The weather is often unpredictable and temperatures can change a lot over the weekend, so it’s something all the teams have to manage with the balance and set-up of the car.

“Shanghai is a really quirky track – Turn One is actually my favourite corner on the whole calendar – and it provides a good test for the driver with a high average speed compared to the street circuit of Melbourne. I’m looking forward to seeing what the new cars are capable of there, and I hope we can at least have a trouble-free race and see where we are when the chequered flag falls.”

Stoffel Vandoorne: “Although the race in Australia was disappointing for us in terms of where we finished the race, for me it was a big milestone in my career and I’m glad I’ve got my first official race start as a McLaren-Honda driver under my belt. I learned a lot and had to react quickly to various challenges we faced over the weekend, and I’m proud of the way we handled them to get the car home.

“Finishing last is never what we would want, and China will be equally difficult for us, but I know we have some new parts for this weekend and as usual we’ll be pushing hard to get the maximum out of our package. The circuit is a new one for me, so I’m looking forward to driving it for the first time for real and not just on the simulator, and getting to grips with the changeable conditions.

“The Shanghai track has very different characteristics from Melbourne and from the next race in Bahrain, so I’m keen to get on top of that early in the weekend and work hard on set-up. It’s a mix of low- and medium-speed corners and then the long, fast straights, so it has a bit of everything. Getting as much time on track during the practice sessions will be important, so I’ll be aiming to learn as much as I can on Friday and will see what we can do over the rest of the weekend.”

Eric Boullier, Mclaren-Honda Racing Director: “The Australian Grand Prix at Albert Park was undoubtedly a difficult grand prix for McLaren-Honda, but also an event from which we were able to take a number of positives. Our pace on Saturday was better than expected and Fernando in particular was able to take advantage of a higher grid position to give us more muscle during the race, until his unfortunate retirement.

“Shanghai is known to be an unpredictable weekend for a number of reasons: it’s tough on cars, tyres and power units and the weather is often precarious, but I can predict that we won’t be as fortuitous with our pace, compared to our rivals, as we were in Australia.

“The characteristics of the Shanghai International Circuit are very different from Melbourne, and its long, fast straights will likely expose the weaknesses in our package more than Albert Park did. However, we will of course attack the race with our usual fighting spirit, and the most important thing will be to ensure reliability with both cars before focusing on performance.”

Yusuke Hasegawa, Honda R&D Co. Ltd Head Of F1 Project & Executive Chief Engineer: “Although the season opener in Australia was a tough race weekend for us, it allowed us to judge our current position on track. There were both positives and negatives to take away. We were able to confirm certain reliabilities on our power unit, but we also know that we still have room for improvement when it comes to performance.

“We expect the Chinese Grand Prix to be even more challenging. The race is always a bit of an unknown due to the changeable weather conditions, which affects the set-up and balance of the car. The track itself also places a lot of stress on the power unit with its slow- and medium-speed corners, and two very long straights. The key will be preparation and set-up.

“Once again we will work together with McLaren to ensure we do our best and extract the most from our package. It’s important we gather as much information as possible. It’s a long season and we are looking for progress at every race.”