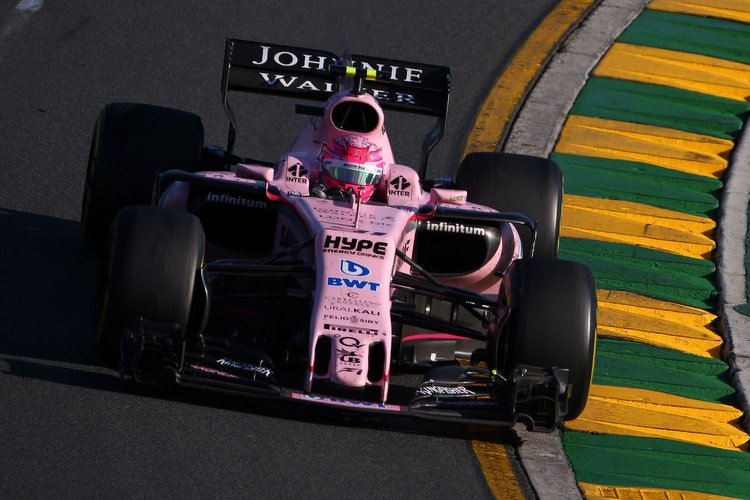 Force India preview the Chinese Grand Prix weekend, Round 2 of the 2017 Formula 1 World Championship, in Shanghai.

Vijay Mallya: “I was proud of our performance in Australia. We achieved our objective of getting both cars home in the points and we’ve got our season underway. Psychologically it’s an important boost to get points on the board at the first race.

“Our new livery certainly caught everybody’s attention in Melbourne. Sergio and Esteban were in the thick of the action and both drivers took their opportunities to overtake. Sergio’s experience showed as he delivered another fantastic drive, while our new recruit, Esteban, earned his first point in Formula One. To leave Melbourne with both cars in the top ten was a tremendous team effort.

“Our expectations for Shanghai are similar to Melbourne. The development curve is going to be steep for all the teams so it will be interesting to see the pecking order at the end of the weekend. The midfield pack is exceptionally close at the moment and we need to work hard to stay at the front of that fight.”

Sergio Perez: “Every time I visit China I see big enthusiasm from the fans. They wait outside our hotel and make special gifts for us. It always gives me positive energy. The size of Shanghai impresses me too. It’s very international and there is so much to see and do. I always make an effort to try the local food.

“Our seventh place finish in Melbourne was very satisfying. We beat some cars that had better pace because we made the right decisions with the strategy. Our performance in Melbourne showed that we have done a good job over the winter, but there are still areas where we need to improve. The upgrades we have coming during the next couple of races should help. It’s about improving the overall balance of the car.

“The seventh place in Melbourne represents my best ever start to a season with this team and I have a good feeling for the races to come. In the last few years we’ve shown that we can develop the car well and that’s going to be especially important this year. We’ve already made a big step forward since pre-season testing.

“I enjoyed racing with these new cars. Yes, overtaking is not easy, especially with the shorter braking distances, but Melbourne has always been a difficult track for overtaking. I was happy with my fitness, too. The cars are much more physical, but I felt strong after the race and I believe I’m in the best shape of my life.”

Esteban Ocon: “My first race weekend with Sahara Force India was a great experience. It was a very busy week and I had to learn a huge amount and get up to speed quickly. In Melbourne I said that I am on a big learning curve and the same will be true in China. I still need to build my speed with the VJM10 – it’s about exploring the limits of the car and understanding how to manage the tyres during qualifying and the race. What we learned in Melbourne will certainly make things a bit easier this weekend, but you never stop learning in this sport.

“I was happy to score my first point in Australia and it’s a great way for the team to start the season, especially with a strong result for Sergio as well. It shows that we have a solid base on which we can build. I’ve settled in nicely to this team and I’m working well with my engineers and my car crew. It’s important to feel comfortable and I like the way we do things. It’s a very open atmosphere and the team understands what I need from the car.

“I visited China last year but I’ve never driven at the Shanghai circuit. So it’s going to be another new track for me to learn on Friday. After the street circuit of Melbourne, it will be nice to go to a track which is the complete opposite with lots of open space. I think the car should be more suited to Shanghai, but it’s hard to know until we get there and drive. The goal, once again, is to score some points.”