Boullier: China will expose the weaknesses in our package 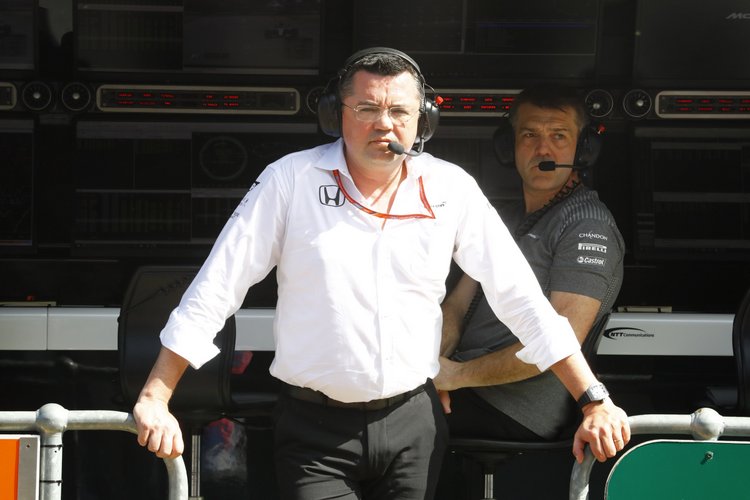 Double world champion Fernando Alonso ran in the top 10 but failed to finish in Melbourne on March 26 while the Spaniard’s new Belgian team mate, Stoffel Vandoorne, was 13th but last on the road.

“I can predict that we won’t be as fortuitous with our pace, compared to our rivals, as we were in Australia,” Boullier said in a team preview.

“The characteristics of the Shanghai International Circuit are very different from Melbourne, and its long, fast straights will likely expose the weaknesses in our package more than Albert Park did.”

The former champions had hoped to take a big step up in 2017, after two years of struggle with Honda in the new V6 turbo hybrid era, but instead are looking likely to go back down the pecking order.

While Alonso exceeded expectations in Australia, he has not spared Honda in highlighting the lack of performance compared to rivals with Mercedes, Ferrari and Renault power units.

“We are last in terms of performance,” he told reporters in Australia. “In normal conditions on a normal circuit we should be last and second last.”

Honda’s F1 head, Yusuke Hasegawa, recognised Australia had been tough and agreed with Boullier that another difficult weekend was in store in the second race of the season.

He said, with more than a hint of understatement, that there was “room for improvement when it comes to performance”.

“We expect the Chinese Grand Prix to be even more challenging,” added Hasegawa. “The race is always a bit of an unknown due to the changeable weather conditions, which affects the set-up and balance of the car.

“The track itself also places a lot of stress on the power unit with its slow- and medium-speed corners, and two very long straights. The key will be preparation and set-up.”