Inside Line: Gap between top three teams to the rest too big? 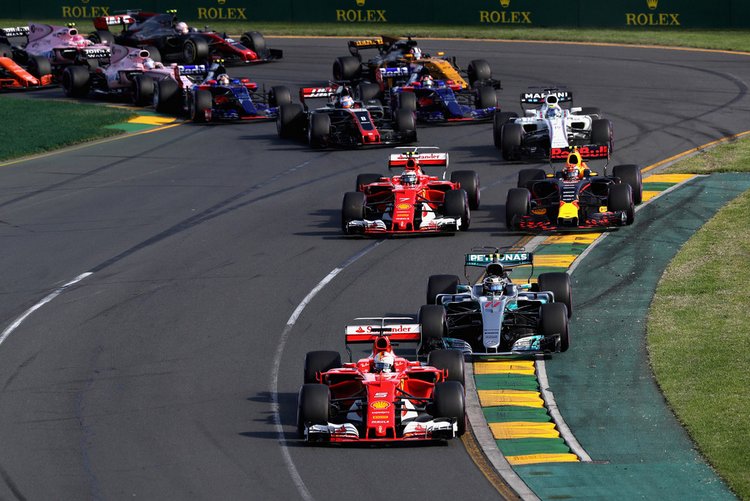 One thing you might have noticed during the Aussie GP – aside from Ferrari winning and Toto Wolff’s predilection for tabletop-related violence – is that the teams outside the top three were well-and-truly obliterated.

After the top five of Vettel, Hamilton, Bottas, Raikkonen and Verstappen, only the Williams of Felipe Massa avoided the ignominy of being lapped, and the Brazilian still finished 1:23.386 adrift of the lead and 54.559 seconds behind the Red Bull.

Even with an aborted start, Massa and co. spent less time in proximity to the race leaders than a gaggle of drunken interlopers – surely that’s far from ideal for the start of F1’s new era?

FIA President Jean Todt seemed to think so, echoing those concerns in a series of post-race remarks to Italian newspaper La Repubblica. The former Ferrari honcho stressed there was a “real problem” in the “gap between the first car and the last”, caused by “the discrepancy in budgets”, which in turn hurt “the show”.

Todt even went as far as to suggest there should be a “clamp down on the sort of simulation tools the most sophisticated teams now use”, and while that might be something of a kneejerk reaction, it’s fair to ask: should we be concerned?

Well, yes and no. History shows this is far from the first time such a gap has existed, and Albert Park has a tendency to create such a lead between the leaders and everyone else.

In 2016, the highest “midfield” finisher (at least based on perceived pecking order) in Melbourne was also Massa, finishing 58.979s behind winner Nico Rosberg in P5, and 34.649s off P4 Daniel Ricciardo.

The most similar gap to the front as Massa in 2017 was a +1:23.399 for Jolyon Palmer, placing him in P11, while the first lapped car wasn’t until the McLaren of Jenson Button, who finished P14.

Of course, there are many variables to take into account (traffic, tyre management, time spent pushing, my crappy mathematical ability, etc) that make it impossible to draw definite conclusions between the ’16 and ’17 times, but at the very least, it’s fair to assume the gap hasn’t worsened, but I think Todt still has a point.

Formula 1 is always going to have backmarkers, as the variety of budgets and designs up-and-down the grid will inevitably leave some teams out in the cold – but it’s definitely not a good look when 70% of the grid are essentially backmarkers, as they were last weekend.

The new regs clearly haven’t done anything to alleviate the plight of teams outside the big 3, and considering the determining factor is largely expensive aero development, the gap is unlikely to narrow anytime soon.

Whether or not you agree with Todt – or Ross Brawn, who similarly suggested last week that the technical regulations should allow “[teams like] Force India to win a race” – it’s a hard sell to fans when most of the field isn’t really in with a chance at all.

In this respect the English Premier League in football offers a good example, as while only teams that are consistently good can win the title, individual contests can see the lesser lights take it to the big boys, given the right circumstances.

No one could say that with confidence about F1 right now – will it change anytime over the course of the season? Unlikely, but as discussions over the sport’s future are sure to persist in the headlines, it’s something to keep an eye on.

Is the gap between the top three Formula 1 teams and the rest of the field too big? How important is a competitive midfield to “the F1 show”?