Mercedes: If Verstappen stopped one lap earlier we would have won 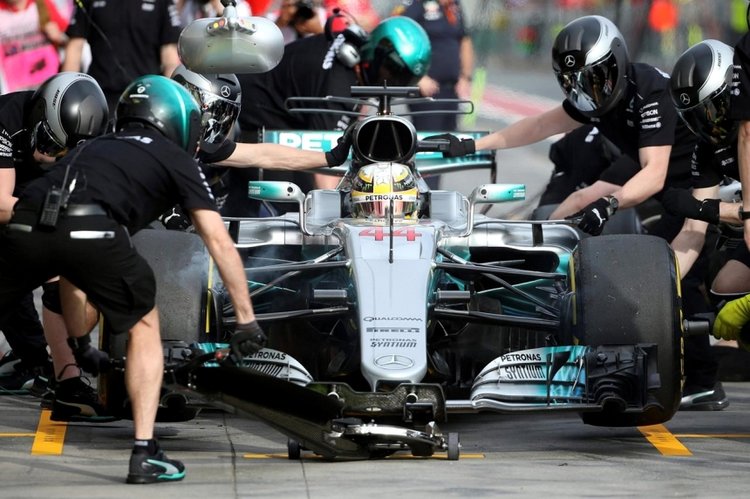 Mercedes chief strategist James Vowles explained his team’s strategy during the Australian Grand Prix, pitting race leader Lewis Hamilton earlier than anticipated and thus hand the advantage to Sebastian Vettel in the Ferrari, which the German held on to to snatch victory away from the World Champions.

In a video released by the team Vowles explained, “If we stop, we knew we were going to drop behind Kimi and Verstappen, but if we’re suffering degradation, they should start to see a little bit as well at that point in time.”

“We’re not going to be likely to overtake in all likelihood against these cars, but there’s an interesting circumstance that appears – if we stop, Verstappen has an opportunity to beat Kimi into P4.”

“The reason why? Ferrari have to keep Kimi out which means if Verstappen stops, and there’s a little gap behind him around about lap 20 appearing, that gives us free air to push up to the back of Kimi and maybe that will create the circumstance we need in order to win this race.”

“If Verstappen had stopped just one lap before we would have won that race.”

“Then around about lap eight we told Lewis ‘right, let’s really get the hammer down now and see whether we can build this gap’ and Vettel responded straight away.

“In fact, what ended up happening is we started to see a little bit of degradation on the tyres and Vettel came back into our [pit] window. So this became a critical point in the race,” added Vowles.

Hamilton admitted that he made the final call to pit early and explained, “The car started to overheat the tyres and I was struggling with grip and it was to the point that I needed to come in. Plus, the gap was closing up and I was sliding around.”

“So it was my call because otherwise he probably would have come by anyway. So then I came in and then I got obviously stuck in traffic, which is a little bit unfortunate but that’s motor racing,” lamented the triple F1 Wold Champion.