Epstein: Liberty Media should own some circuits 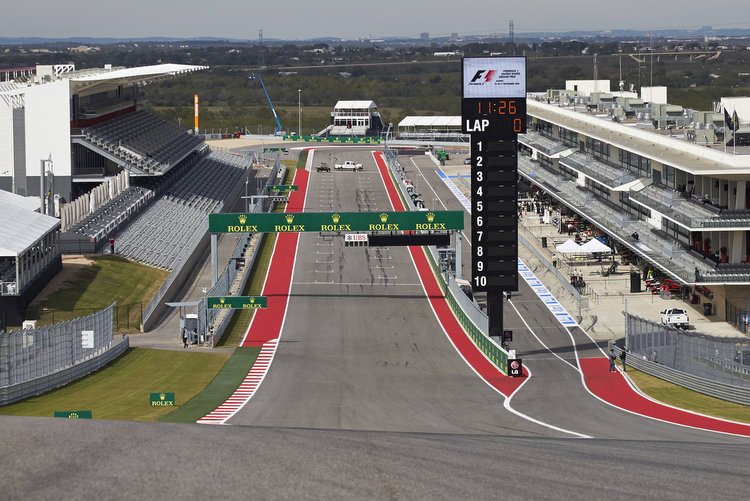 The Circuit of the Americas (COTA) co-founder and chairman whose Austin, Texas, track is the country’s sole purpose-built F1 facility, told Reuters he would be happy to do a deal “at the right price”.

Speaking ahead of tickets for the Oct. 22 race going on sale on Friday, he added, however, that there had been no discussions with Liberty.

Formula One’s previous business model, which the new owners have said they want to change, has been based on television revenues and circuits paying significant hosting fees with an annual escalator.

Austin’s annual fee has been reported at around $33 million, with $25 million coming from state subsidies based on a formula for calculating how much economic activity the grand prix generates for Texas.

COTA drew a record three-day crowd of 269,889 last year, thanks mainly to singer Taylor Swift holding her long-awaited first concert of the year on the Saturday night.

This year’s race has Justin Timberlake lined up as the headline act.

“I think all of the circuits struggle under the current environment,” said Epstein. “If they (Liberty) change it and help the circuits survive, are they better off owning the circuits than making concessions?

“Are they actually giving up profitability by not owning the circuits? If they (the circuits) are going to make money from an F1 race, then F1 might as well own that profit.”

Several of Europe’s oldest circuits, such as Silverstone which has been looking for a buyer, struggle to make money while Germany is off the calendar this year for financial reasons.

Liberty completed their takeover in January, ousting 86-year-old supremo Bernie Ecclestone and replacing him with Chase Carey, who has appointed Sean Bratches as managing director for commercial matters.

Asked directly about the possibility of Liberty buying circuits, Bratches said only that there were “a number of different models that can be pursued”.

Formula One is seeking to expand in the Americas, with talk of adding street races in U.S. “destination cities” like Las Vegas, Miami, Los Angeles and New York and treating each race like a Super Bowl with events through the week.

Epstein said Austin had pioneered that formula since the debut race in 2012. He said the circuit now wanted to establish an all-year Formula One presence and estimated 50,000 people a year could be drawn to the circuit by an interactive garage experience.

“Watch parties”, where fans gathered for broadcasts of other grands prix, and track tours were also popular.

Epstein suggested COTA could become the “brand-building headquarters for F1” in North America and a permanent home while other races came and went.

“Since you can’t move this circuit, and you can’t duplicate it, it can always be counted on to be there,” he said. “I think the goal would be ‘Let’s get the show on the road’.

“You can rotate it (Formula One) through different cities so that you are continuing to expose the sport.

“It’s not likely that anyone else is going to build and spend that kind of money on a permanent course in the United States.”