Arrivabene: Avoiding distractions and looking ahead 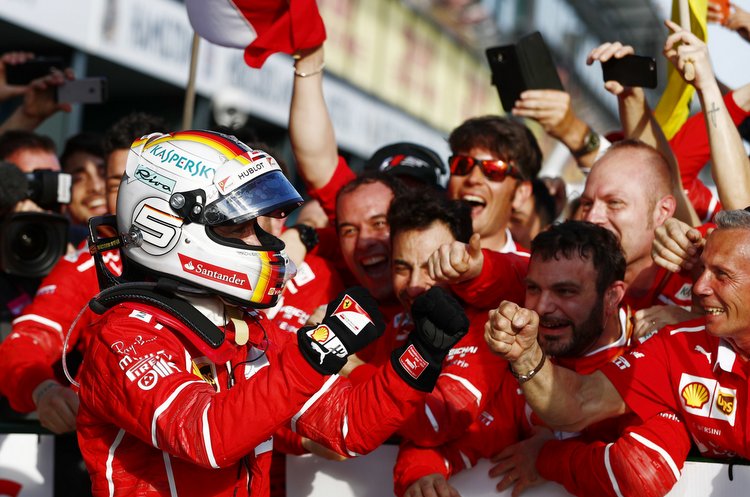 Ferrari F1 boss Maurizio Arrivabene is not allowing Sebastian Vettel’s victory at the season opening Australian Grand Prix go to his head and is adamant that the goal is to continue to stay focused on the next race while lamenting that the team did not score a one-two in Melbourne.

Speaking to media in the wake of the team’s return to the top step of the podium, Arrivabene said, “This is only the first race of the championship: there are still 19 to go and we must maintain a high level of concentration at every grand prix, avoiding distractions and we are looking ahead to the next grand prix in China.”

“A good result that could have been a great one if we’d managed to get Kimi [Raikkonen] on the podium too. When we launched the SF70H we referred to it as “Our Ferrari” and indeed the win reflects all the effort and hard work put in over the past few months, both in Maranello and at the track.”

“As for Sebastian, he did a great job, as did the whole team in fact. It’s a shame that Kimi struggled in the early stages to get into the right rhythm.”

“Our car went very well on track: it was well-balanced and consistent performance from the tyres meant we were able to adopt an aggressive strategy.”  Arrivabene added.

Before the season started Arrivabene was asked about the status of Vettel’s contract with the team which runs to the end of this season, to which the Italian replied, “Talking about contracts now is only distracting the attention of our drivers.

“I would like to see Sebastian happy during the season because if Sebastian is happy that means the car is very quick,” concluded Arrivabene. Vettel was clearly a happy man on Sunday after the race.

The man credited with luring Sebastian Vettel to Maranello, former Ferrari president Luca di Montezemolo, praised the team’s success, “I’m really happy for Ferrari, the men and women of the team. It was a clear and well-deserved victory.”

“Ferrari was the quickest car on the track. I’m really happy for everyone because this is a very important success, the result of the great work that has been done at Maranello.”

“Furthermore we are celebrating the 70th anniversary and this is a great way to celebrate the milestoneand it is great to celebrate that,” added Montezemolo.