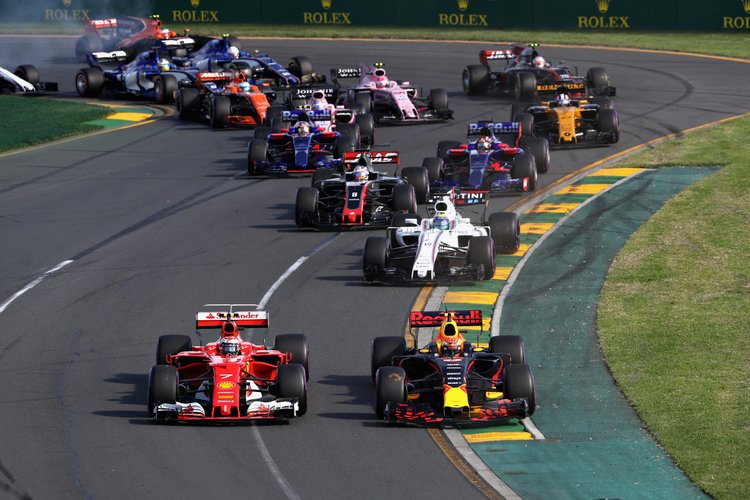 Formula 1 entered a bold new era in Sunday’s Australian season-opener with bigger tyres, faster cars and a winning Ferrari but the lack of overtaking is causing concern.

“What overtaking?,” said Brazilian veteran Felipe Massa when the Williams driver was asked how difficult it had been to get past rivals.

Melbourne’s Albert Park has never ranked high on the list of circuits with the most overtaking manoeuvres but fans saw hardly any after the opening lap.

“It was hard to follow and drive close behind others,” complained Red Bull’s Max Verstappen, who has built up a reputation as one of the sport’s most exciting overtakers.

Force India’s Sergio Perez took both Toro Rossos while team mate Esteban Ocon was in a three-car battle that saw him and Renault’s Nico Hulkenberg sweep past Fernando Alonso’s McLaren. But they were rare highlights of a race without crashes or a safety car.

Perez added, “It was not easy to overtake, but once I was in clean air I felt I was in a very strong position. Driving these cars is so much fun: you can push a lot harder than in the past and I was doing my fastest laps towards the end of the race.”

The problem came as no surprise to the likes of triple champion Lewis Hamilton, who had flagged up in testing that the new aerodynamic regulations had a downside and could lead to processional racing.

The cars are creating far more downforce, taking some corners flat out and throwing out more turbulent air that makes it harder for followers to get close.

“Even in the years before it’s been difficult to follow once you get within one and a half, or one second, just because of the turbulent air which messes up the aerodynamics of the car and that way we don’t have that much grip,” explained Mercedes’s Valtteri Bottas.

“Now, as more of the grip from the car is relying on the aero, it’s a bigger effect.

“And the cars are wider so I think there’s more turbulent air so now it’s more like two seconds or even two and a half because you actually feel quite a big effect from the car in front and that way in the corners it’s more difficult to follow.”

The next race is on 9 April in Shanghai, a circuit that last year saw more overtaking than any other with 128 passes. Hamilton alone made 18 of them — more than the entire 20 driver grid produced in Melbourne.

If there are far fewer cars overtaking there, then Formula 1 has a problem.

“It’s always generally been tough to follow… I hope that doesn’t mean for the rest of the year that it’s more of a train,” Hamilton said on Sunday.

“I don’t know if it was exciting for you guys to watch, but for me personally I want to be closer up with the cars and (doing) more close wheel-to-wheel battling. It’s really through strategy and pitstops that we are racing right now.”

On the bright side, Ocon and Hulkenberg battling with veteran Alonso was memorable and ended with a great move by the Force India and Renault drivers on the McLaren.

Hulkenberg said, “There was not much I could do about Alonso, even though I was lot faster as I just couldn’t overtake.”

“My battle with Ocon and Alonso was a lot of fun, I had massive double tow from them, so I gave it all with overtake mode and DRS. It was quite spectacular and must have looked pretty good from the outside too,” added the German.

Ocon gave his side of the story, “The start was very close. I had a better launch, but then he managed to cross the line and get me back on the straight.”

“Then I was blocked into Turn 3, and we were side by side until half of the lap. That was the killer of my race more or less. He was quite slow and I couldn’t get close enough to try and attack. ”

“I managed to do it at the end, and he did a small mistake at Turn 12, but if I had got it earlier, maybe I could have done something more.”