Marchionne: It was about time 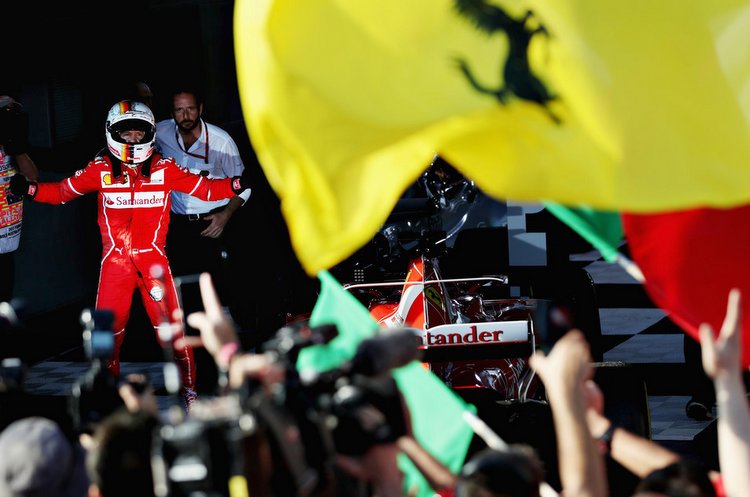 Ferrari chairman Sergio Marchionne hailed their winning start to the Formula One season on Sunday by saying it was “about time”, and reminded the team that they still had a long way to go.

It was also the first time since 2010, with Fernando Alonso in Bahrain, that the sport’s oldest and most successful team had won a season-opening race. Ferrari last won in Australia with Kimi Raikkonen in 2007.

“It was about time. I am delighted for the team and for our tifosi who stood by us throughout this whole period. We’ve been waiting for this victory for almost a year and a half,” said Marchionne in a statement.

“Now, however, it is absolutely essential to remember that this is not the destination but the first step on a long road that must see us all focused on improving each and every day.”

Ferrari, celebrating the 70th anniversary this year of founder Enzo Ferrari’s first race car, have not won a championship since their constructors’ success of 2008. The last driver to win a title in Ferrari red was Raikkonen in 2007.

After drawing a blank in 2016, when Mercedes wrapped up both titles for the third year in a row, Ferrari were hurting.

Strategy calls went awry, four-times world champion Vettel stood out more for his explosive outbursts over the team radio and there was talk of a ‘climate of fear’ at the Maranello factory.

Sunday was a day when it all went right, the strategy was spot-on and Vettel had recovered his boyish smile and that famous raised single finger to signify number one.

“It’s a great relief for everyone. It’s been tough the last couple of months,” said the German after his fourth win for the team since joining from Red Bull in 2015.

Ferrari’s head of racing activities Jock Clear, who joined from Mercedes, said it was a good feeling.

“To win in red, it’s got to be the dream, hasn’t it?,” he told Sky Sports television. “This is Italian. This is just what it’s all about.”