Hamilton: My hunger to win the title has frickin’ doubled 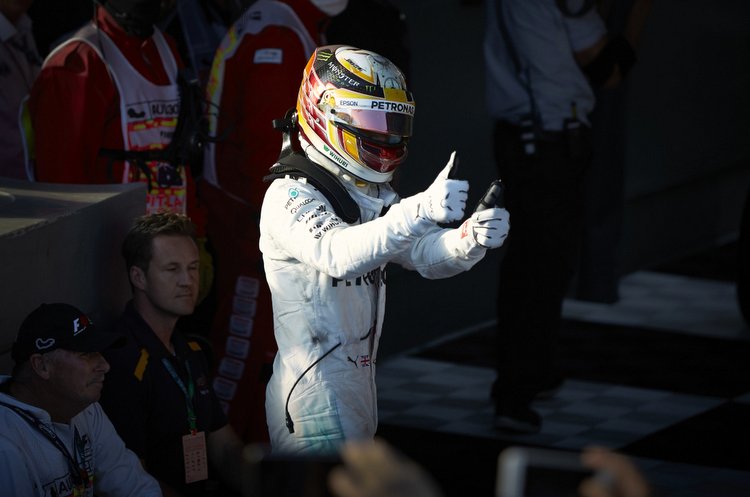 A determined Lewis Hamilton has said he wants to win the world title more than ever before, and claimed his hunger has doubled this season as he prepares for a battle royale with Sebastian Vettel.

The Mercedes driver is on the back foot in the early knockings after he failed to match Vettel and his resurgent Ferrari team in Australia as the Prancing Horse delivered on their pre-season potential to take the chequered flag on Sunday.

It means three-time world champion Hamilton is facing a new challenge this year following both Ferrari’s return to form, and the departure of his long-running rival and former childhood friend Nico Rosberg, who headed for retirement after winning last year’s title.

But the 32-year-old Briton appears to be revelling in both dynamics – the tension-free atmosphere at Mercedes following the arrival of Valtteri Bottas, and the task of what he described as the “best versus the best” in reference to his title showdown with Vettel.

It is not a tag line Hamilton would have used for the past three seasons in which his sole competitor was Rosberg, the reigning champion who watched events from Melbourne unfold at home in Monte Carlo.

“I had a fantastic fight the last few years and obviously last year was the closest that I had,” Hamilton, who lost out on the title to Rosberg despite winning a greater number of grands prix than his Mercedes team-mate, said.

“But I want to win the world championship more than ever before, and while you would think that the hunger could not be any more it has frickin doubled.”

“I am going home after this – usually I stay out in Asia and train in the hot weather – but I will get my head down, rest and make sure I come back fighting for the next race in China. I believe I can win and I want to win for the team and the fans.”

Hamilton’s showbiz lifestyle and interests outside of the sport have naturally led to question marks over his focus, drive and long-term commitment to Formula One.

The Englishman is now in his 11th season in the sport and he has repeatedly said he will not outstay his welcome.

But Hamilton, who boarded a flight back from Melbourne in the hours after Sunday’s curtain-raiser – with his residence in Monte Carlo the apparent next stop – insists his motivation is at an all-time high.

“My discipline has definitely gone up in terms of my training and how specific I am with my diet, sleep, and all of these different things,” Hamilton added.

“Every year you try to improve but I would say I have taken a good step this year. For example, I trained myself this year.

“That was a challenge I set myself. Can you have the motivation to do it yourself and get yourself ready and turn up? I have and I am going to continue to work because there is going to be some really tough races this year.”