Ricciardo: I feel bad for everyone 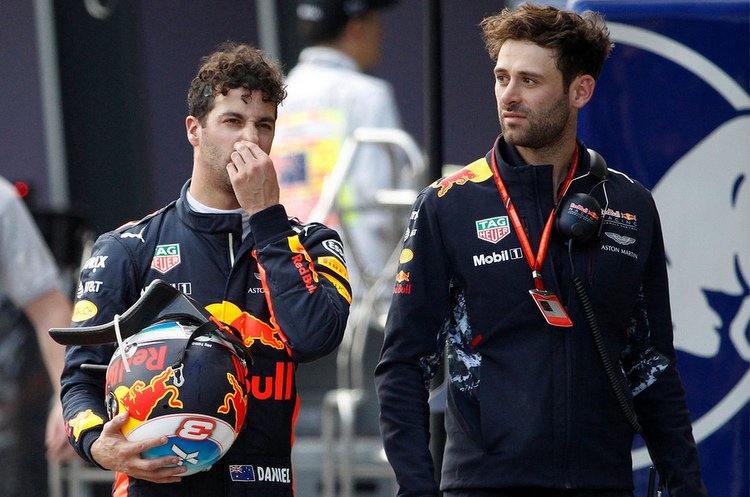 A tough week for Red Bull driver Daniel Ricciardo ended in despair as the home hero came to a stop midway through the Australian Grand Prix with smoke billowing out of his car.

Ricciardo’s hopes of a maiden podium at Albert Park were already razor-thin after a crash during qualifying on Saturday, which forced a gearbox change and resulted in a five-place penalty, leaving him 15th on the grid.

But even getting to the grid proved beyond his Red Bull, which stopped with a gearbox sensor problem as he lapped the lakeside circuit before the start.

Ricciardo exited the track fuming but was soon lowering himself into the seat again as technicians frantically worked on his car in the garage as the clock ticked down to the start.

He eventually joined the race from the pit-lane two laps behind the other cars but lasted just 25 laps before his car finally ground to a terminal halt at turn three with an apparent fuel pressure problem.

It takes a lot to wipe the smile from the affable 27-year-old’s face but he cut a grim figure in the garage as he watched the rest of the race, won by Ferrari’s Sebastian Vettel.

Having endured an exhausting week of media and sponsor events as his nation’s great hope in motor sport, Ricciardo had little joy from his car during practice and qualifying, and he could not wait to be shot of Melbourne.

“On the plus side, I’m getting out of here,” Ricciardo, who initially finished second in Melbourne in 2014 but was later disqualified for a fuel limit infringement, told reporters. “It’s been a long week. Don’t get me wrong, it’s been fun.”

“I feel bad for everyone, for the fans. Obviously I believe there’s more people here supporting me than the others and I’m sure they would have loved me to get out there and race. But it just kind of snowballed from yesterday… Happy to move on.”

His Dutch team mate Max Verstappen had a better time of it, finishing fifth behind the Ferrari and Mercedes cars.

The teenager, tipped to give Ricciardo headaches this season after challenging him on track last year, said he was surprised his car had the pace to keep close to Ferrari’s fourth-placed Kimi Raikkonen.