Hamilton: A privilege to be racing in an era with Sebastian 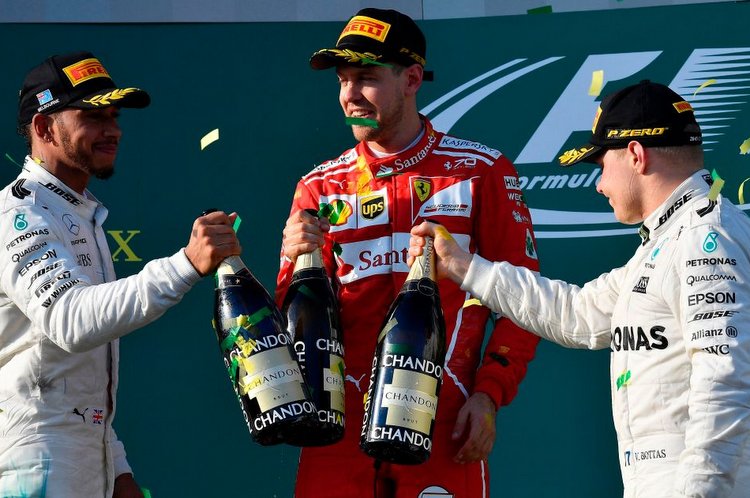 Lewis Hamilton has revealed he is braced for a tougher rivalry with Sebastian Vettel than Nico Rosberg in what he believes will be the ‘best against the best’ battling it out for this year’s Formula 1 crown.

It is four-time world champion Vettel who holds the early advantage after a resurgent Ferrari delivered on their pre-season form to beat Hamilton’s Mercedes and win the opening race of the new season in Australia on Sunday.

Vettel finished the best part of 10 seconds clear of Hamilton as Ferrari, who failed to win a single race last year, became the first team other than Mercedes to win the opening round of a season since 2013.

The 29-year-old German and Hamilton – three years his senior – are considered as the two finest drivers of their generation, and while Rosberg ended his long-running losing streak to Hamilton last year, he was never viewed as being in the same league.

And in what could be viewed as a subtle barb at Rosberg, who watched Albert Park’s season opener from his lounge in Monte Carlo, Hamilton concurred.

“Definitely,” he replied when asked if he was anticipating a greater challenge from Vettel than Rosberg. “This year you are seeing the best against the best with the best drivers at the top.”

“It would be great if we had Fernando Alonso up there, too, but it doesn’t look like that will happen any time soon.”

“At least we have a great driver in Sebastian winning four titles after his incredible surge into Formula One and he will continue to be a force for many years to come.”

“I am really grateful to have that fight with him, against Ferrari which is the next best team, and there is a top driver there, too. It has been a privilege to be racing in an era with him and finally we are in a period of time when we can actually have a real race.”

Vettel was equally complimentary. “I have great respect [for Hamilton],” the German added. “He has proven to be one of the quickest drivers on the grid and I would love to have a close battle.”

Formula One will hope it does, too. After three years of Mercedes dominance, Vettel triumphing at a sun-bathed Albert Park, in front of a near 100,000 crowd, is precisely what the sport and its new owners Liberty Media will have desired.