Whiting: We are certainly monitoring it 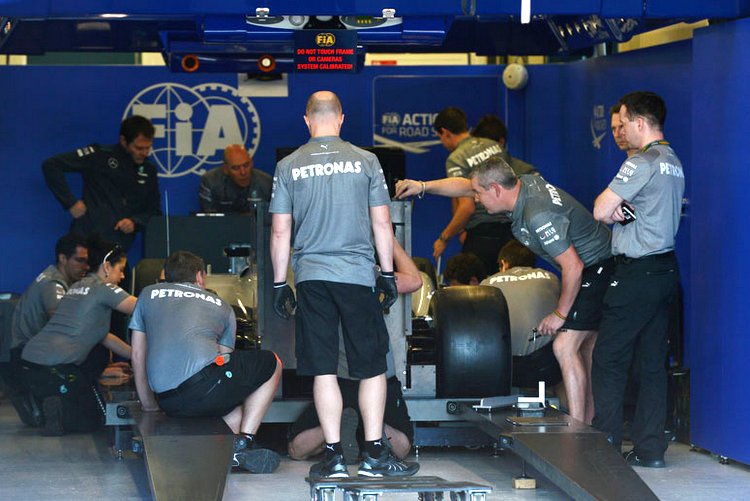 Formula 1 Race Director Charlie Whiting and his FIA ‘technical police’ will be busy in Australia monitoring things such as trick suspensions and burning oil as the new Formula 1 season gets underway with the possibility of protests looming over the Albert Park paddock.

But Whiting appears confident that things are under control, he told ESPN, “It’s simply that we’ve been aware of hydraulically operated suspension systems on cars sometimes but it became clear that they were being used for purposes other than the suspension.”

“So under the regulations where you are allowed to have a suspension system that effects to the aerodynamic performance of the car in anything other than an incidental way, then we don’t allow it so that’s the impractical take.”

“We wanted to see whether suspension is genuinely suspension or whether there was a predominant lead to effect the aerodynamic performance of the car. So that’s the change effectively is that we’ve been focusing far more on that this year,” explained Whiting.

He  also revealed that much of the checking took place during the eight days of testing in Barcelona, which he hopes will take the pressure off scrutineers during the weekend in Melbourne.

He said, “So far so good. Marcin [Budkowski] and Jo [Bauer] did a lot of work in Barcelona going through all the systems, and the ones we have inspected so far [in Australia] have been as we expected them to be. We don’t anticipate any problems.”

Teams burning oil as fuel was highlighted recently, and Whiting admits the issue is on their check-list, “We are certainly monitoring it. We did quite a lot of work on it in Barcelona. We are going to inspect all the oil systems here and we are going to randomly check oil consumption to make sure that it is not being used as fuel.”