Horner: In terms of performance Renault seem on target 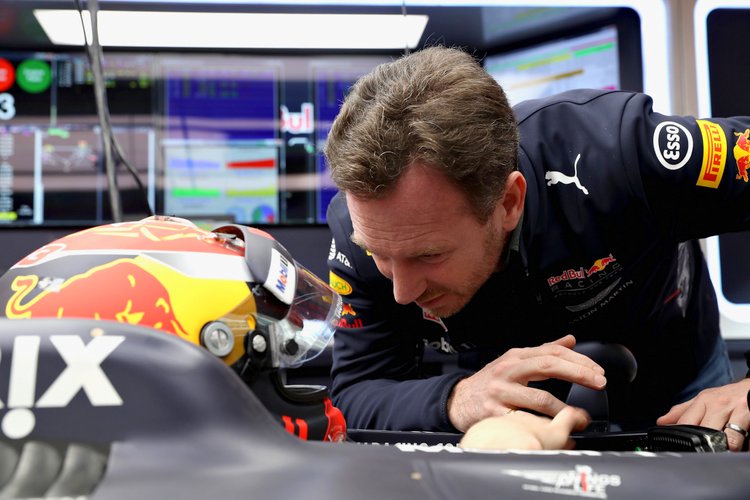 Despite some ERS issues during testing, Red Bull team chief Christian Horner has revealed that Renault’s power unit has met the performance targets promised by the French engine supplier, but is wary of what Ferrari and Mercedes have in their arsenal.

Horner, whose team use TAG Heuer badged Renault engines, told Racer, “I think in terms of performance they seem on target with what they promised us, which is encouraging. How that stacks up against others… You read about scary figures from Mercedes and Ferrari but all we can do is work with what we have and we can see there is clear progress there and true development potential.”

“Of course there have been some niggles but there’s an awful lot of effort going in to address those and hopefully that will be the case in time for Melbourne.”

“I think we can see drivability is greatly improved – performance looks like a step in the right direction on plan with what was promised. The rest of it is tidying up, which I’m confident that they will manage.”

This is a far cry from a couple of years ago when Renault were faced the wrath of management of the energy drinks organisation, when a ‘divorce’ appeared on the cards bu the ‘marriage’ endured and now an atmosphere of civility prevails. Report here>>>

The new F1 regulations, which have more emphasis on aerodynamics, appear to have played to Red Bull’s strengths of their design guru Adrian Newey, but Horner still believes power is still the key to success.

“Of course the power unit is still the key element, because as there’s more downforce you are actually at full throttle for a longer period of time, so power units become even more sensitive. But hopefully they are converging.”

“I think the cars look great – the only element they’re missing for me is the noise. I think when you go out on track and you see them, they look fantastic, it would just look even better and sound even better if there was a screaming, high-revving engine in the back,” mused Horner.

Big Question: Will renault deliver to Red Bull’s expectations in 2017?