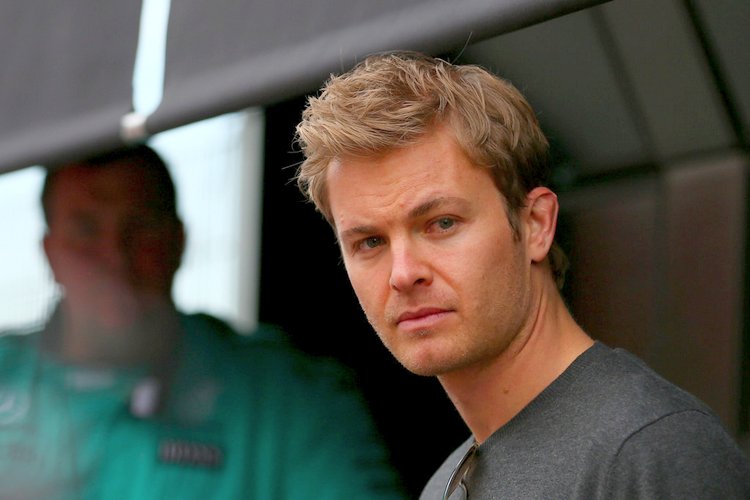 An extensive, profile interview with Nico Rosberg – taped over two days in Monaco – airs across the U.S. this weekend (and at later dates internationally) on In Depth with Graham Bensinger.

Here are highlights from the interview with the retired reigning Formula 1 World Champion in advance of its airing, including:

The 2016 Formula 1 championship came down to the last race of the season – in Abu Dhabi – and Lewis Hamilton found himself out in front early, followed by Rosberg. Rosberg explains how Hamilton was wrong to defy team orders and intentionally slowed down… and cites a similar situation in Monaco in which

Rosberg abided by Mercedes’ team-first guidelines:
Bensinger: “…with the championship on the line, could you see yourself even handling it similarly?”
Rosberg: “Well it was not right what [Lewis] did. Because in the end, we’re driving according to certain guidelines that are given to us by the team. And I respected those guidelines, because in Monaco we had exactly a similar situation where I was second, he was third, and I was driving too slow – just as he was in Abu Dhabi. And so we were risking a good team result, so the team wanted me to let him past. And I just did straightaway – let him past. And he got the race win, which helped him in the championship fight as well, ironically. And so it was the same situation in Abu Dhabi and he didn’t abide by those rules, so from a team’s perspective for sure that was not the right thing to do but from an individual I can understand why he wanted to try something.”

Rosberg says that despite their intense rivalry, retirement presents the opportunity to repair his once close relationship with Hamilton:
Rosberg: “It was important for me to tell [Lewis] personally as well [about retirement]. Because… of the battles we’ve had and everything… I just wrote him a message before the actual announcement and then afterwards we got together and had a chat about it and just went through stuff and it was a nice conversation. And I’m open to finding our way and even having a good relationship again in the future. Why not?”

Rosberg calls Fernando Alonso one of the best drivers in Formula 1, but say his car continually restricts the veteran from elite status:
Bensinger: “How dependent is a driver on his team’s technology and equipment?”
Rosberg: “So our sport is quite unique in that sense… We’re seeing it with [Fernando] Alonso for example, who is one of the best drivers out there… for the last 10 years he’s struggled to be in the top 10 because his car is just not good. So we really depend on our car and then the driver is important as well.

In October, former F1 CEO Bernie Ecclestone talked down to Rosberg, saying that him winning the world title would be bad for media headlines. More recently, Rosberg shared his excitement with Graham Bensinger regarding the sale of F1, including how the old ownership group grew stale and ran out of ideas:
Bensinger: “Your reaction when you first learned Formula 1 was being sold”
Rosberg: “The structure in Formula 1 needed change. It was not optimum for the sport. And so I was very happy, because it’s really a breath of fresh air…”
And later (at 1:01):
“It needed to reinvent itself a little bit … the last structure sort of ran out of ideas a bit and didn’t want to race all these new directions, like digital arriving, for example.”

Rosberg says he and his wife, Vivian Sibold are “practicing” for a second child:
Bensinger: “You’re an only child. Do you want to have more kids?”
Rosberg: “Yeah, yeah it would be nice. Yeah. Now we have one daughter and we’re in the process of practicing already for the second child.”
Bensinger: “Oh are you? There you go. How many kids do you want to have?”
Rosberg: “… 11, yeah. Soccer team. But I think my wife is not up for that.”