Brown: Honda are spending what it takes 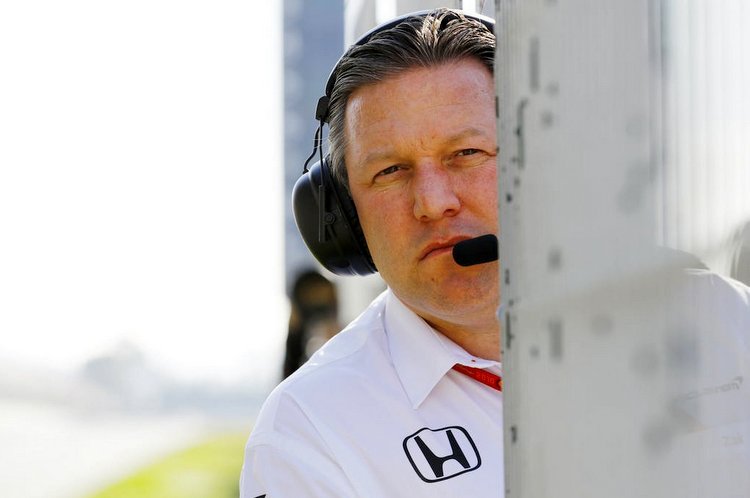 There is an old theory in motorsport that if you want horsepower from an engine, then throw money at it and the horses will come galloping out of even the most stubborn piece of kit.

According to McLaren executive director Zak Brown this appears to be exactly what Honda are doing to turn their woefully ineffective power units into something that will lift the crisis that has engulfed the partnership from the first day preseason testing began, in Barcelona last month.

Brown told Racer in an interview, “We’ve got a long history with Honda, they’re spending what it takes, they’re committed, so they’re the right partner. We’ve just got a technical glitch that we need to work through very, very quickly.”

“Our communications are with Honda and we’re trying to figure out with Honda what’s the best long-term strategy but also we need some short-term results. So I’m going to keep our solutions that we’re working on with Honda to ourselves – we’re going to be a good partner to them and work through the various scenarios. But we need to fix our situation quickly, so we’re looking at all the different ways to do that.”

The team’s star driver was critical of Honda’s under-powered engine in the wake of Barcelona testing and speculative reports of a move to back customer Mercedes power made the rounds.

But Brown is adamant that this will not happen, “[Honda] are great partners and great people. They’ll get this right, we just need to do it as quickly as possible and explore all the different ways in which we can be as competitive as possible.”

Honda and McLaren won four F1 constructors’ titles and four F1 drivers’ championships from 1988 to 1991, and Brown insists that winning remains a priority for the partnership.

Big Question: Is money the solution to Honda’s problems in F1?