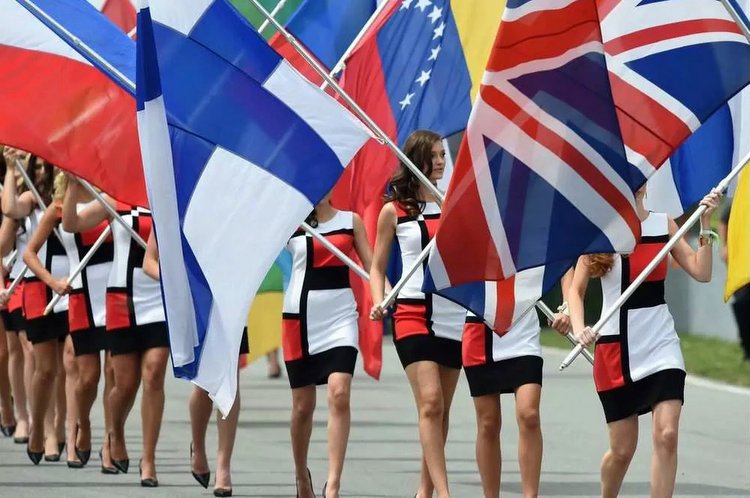 Formula 1 ventures into the unknown zone of a long-awaited revamped and high-speed era under new American ownership this weekend when the engines roar into life at the season-opening Australian Grand Prix.

Liberty Media’s takeover and the off-season departure of the sport’s veteran commercial ring-master Bernie Ecclestone have coincided with an overhaul of the technical regulations to usher in a new breed of ‘fatter and faster’ cars.

The wider new machines with broader tyres make much greater physical demands on the drivers and are expected to provide more noise and spectacle – and hopefully better racing with more passing moves – as Formula One bids to appeal to a younger, global, digital and social media savvy audience.

That has been just one of a ripple of moves up and down the pit lane that have added an even greater sense of adventure, and the unknown, to the competition with Ferrari performing well in pre-season testing to suggest they may join Red Bull in mounting a challenge to the dominant German team.

Already, Liberty have relaxed restrictions on teams’ paddock use of social media streaming of their live action during testing and made promises that there will be more substantial changes to come as four decades of Ecclestone’s leadership are dismantled and swept aside.

The sight of the struggling McLaren Honda team switching back to ‘retro’ chassis names and team colours, with the return of a flash of orange, and Force India’s bold introduction of pink livery has added to the sense of a bold new beginning.

But beneath the surface many of the old fears persist amid hushed warnings that only a much-improved ‘show’ with better racing will help the sport halt a slow but sure decline in its fan base in a highly competitive global age of digitalised sport-media.

Despite the changes at Mercedes, that included the departure of technical team boss Paddy Lowe to join Williams, the champions will start 2017 as favourites again with Britain Hamilton the man to watch on the track. Lowe has been replaced by former Ferrari boffin Briton James Allison.

Bottas, whose switch from Williams meant that the British team had to ask Brazilian veteran Felipe Massa to make a rapid U-turn after retiring and come back to partner 18-year-old Canadian rookie Lance Stroll, has settled in quickly and easily alongside Hamilton.

But the top pre-season story has been the problems at McLaren where a boardroom upheaval led to the ousting of long-term chief Ron Dennis before testing confirmed that Honda’s latest engine – in the third season of their much vaunted partnership – lacks both power and reliability.

Two-time champion Fernando Alonso of Spain made little attempt at hiding his feelings after a frustrating run of failures during testing.

“There is no reliability and there is no power,” he said.

For one of the sport’s traditional grandee teams, it is an embarrassing situation that new executive director Zak Brown has inherited. And even before the start of the new season, team chief Eric Boullier had to fend off talk that Alonso is looking to move.

Such discord has been a consistent backdrop to the razzamatazz of Liberty’s takeover which has seen former Benetton and Ferrari technical director Ross Brawn installed as the sport’s new motor sports director, a position created for the multi-championship winning Briton.

His job brief is to make the sport and the racing as attractive as possible despite Mercedes’ domination – they have won the last three drivers and constructors’ titles and 51 of the last 59 Grands Prix.

Red Bull team boss Christian Horner articulated the feelings of many when he said it was “unpalatable” to consider the prospect of three more years of Mercedes supremacy, but stopped short of insisting on any kind of handicap system.

Brawn acknowledged the problem and rejected any kind of synthetic solution. “The fans will see through an artificial solution,” he said.

“The real core of it is to look at how you level the playing field in terms of financial resources and so forth and that’s why a five-year plan must include the funding of the teams, budget control and distribution of funds…. There is a disparity…” he added.

That remains a problem for the future while F1 bids to make a resounding return with a louder and faster show this weekend.

Big Question: Is Formula 1 on a good path for the future?