Ben Stevens looks at – The Class of 2017 – the drivers contesting the 2017 Formula 1 World Championship which gets underway with the Australian Grand Prix weekend at Albert Park in Melbourne, from 24-26 March. 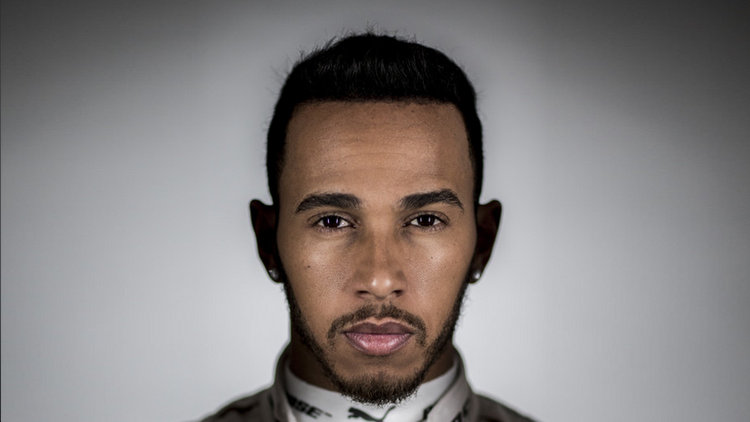 Having spent his 2015-16 Christmas break desecrating Indian burial grounds, 2016 was a difficult year for Hamilton, as reliability ultimately cost him a third consecutive driver’s championship. Now with frenemy Nico Rosberg gone, Hamilton will look to reassert himself as the dominant force not just at Mercedes, but on the entire grid. Certainly, we’ve seen he’s capable of doing so, but even an all-timer like Hamilton has foibles – starts proving particularly tricky for him last year. 2017 will be a chance for Hamilton to not just cement his dominance over the current crop of F1 drivers, but to secure his spot in the pantheon of F1 greats.
2016 Championship Position: P2 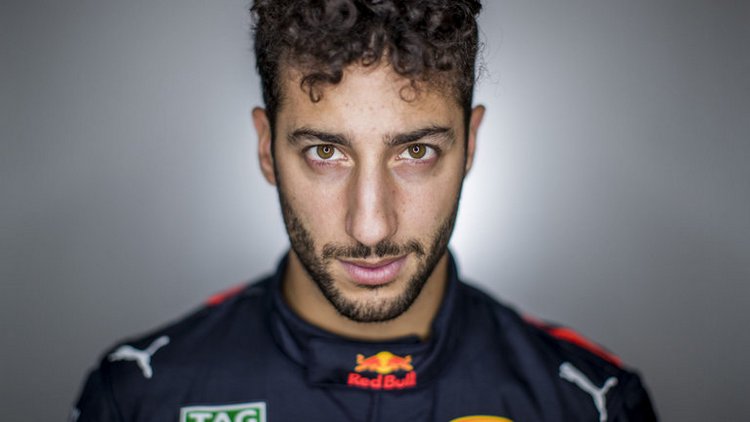 F1’s smiling assassin, Ricciardo was a popular choice for “driver of the season” honours in 2016, putting in consistently excellent performances even if his car wasn’t quite up to par. Looking to mount a legitimate championship challenge in 2017 he’s got his work cut-out with a car that looks still slightly below the top. Regardless of what happens in the to mention a teammate who’s sure to generate his fair-share of headaches – but with the brilliance he’s shown throughout his career, you wouldn’t bet against him being right there when it’s all said and done.
2016 Championship Position: P3 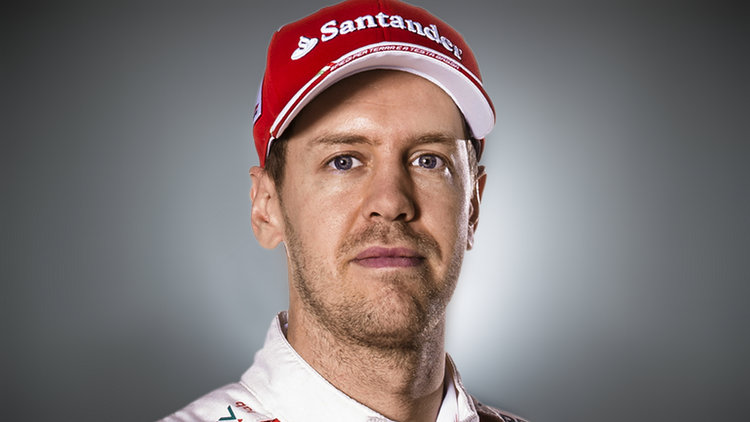 After enjoying a remarkable honeymoon with Ferrari in 2015, 2016 was an abject disappointment for the four-time world champion. A distant fourth in the standings was not the result Vettel would’ve expected heading into the season, but 2017 offers him a chance at redemption with a Ferrari that at least based on testing, is a serious threat to Mercedes hegemony. There is no one on the grid who has more championship no-how than the German, and in the tenth season since Ferrari’s last driver’s champion, Vettel could be poised to end the drought.
2016 Championship Position: P4 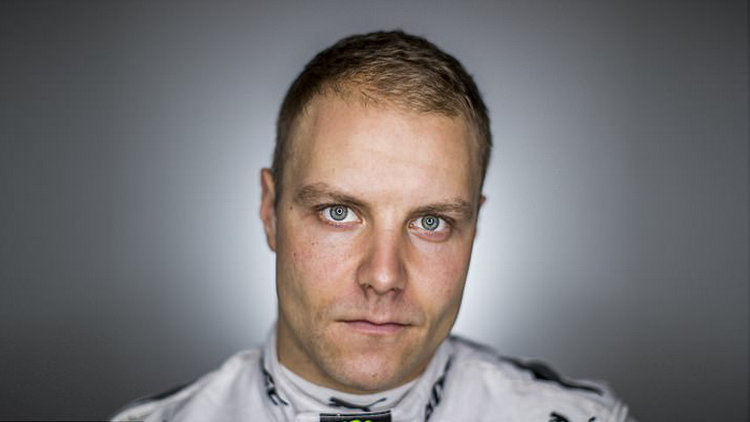 After three years at Williams, Bottas finally has the chance to deliver on the promise that made him such a highly-touted driver in the first place. With Mercedes, the Finn will have to deal with the twin pressures of performing to a championship calibre and teammate Lewis Hamilton’s attempted mind games. A handful of race wins is the absolute minimum expected of Bottas in 2017, but he could finish the year a world champion.
2016 Championship Position: P8 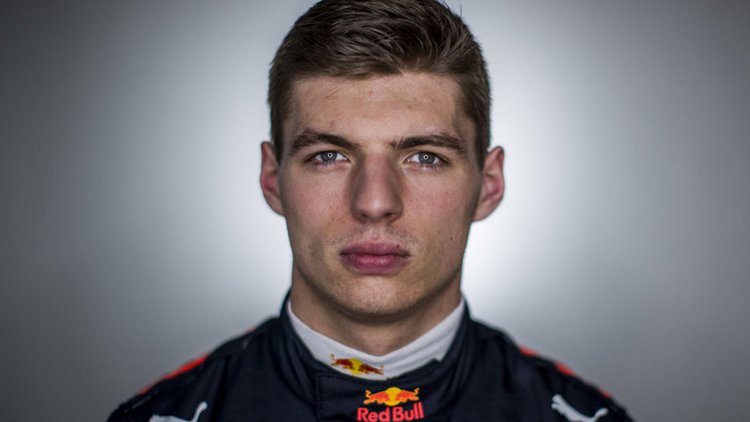 Last year’s championship may belong to Nico Rosberg, but make no mistake: 2016 was the year of Max Verstappen. Scoring a win in his first race with Red Bull, the Dutch teenager had the best debut since went above-and-beyond in his first season with the senior team, and will now have his sights set on going from F1’s youngest race-winner to its youngest champion. Expect to hear a lot about Verstappen in 2017, inevitably as much for the excitement he generates as the controversy.
2016 Championship Position: P5 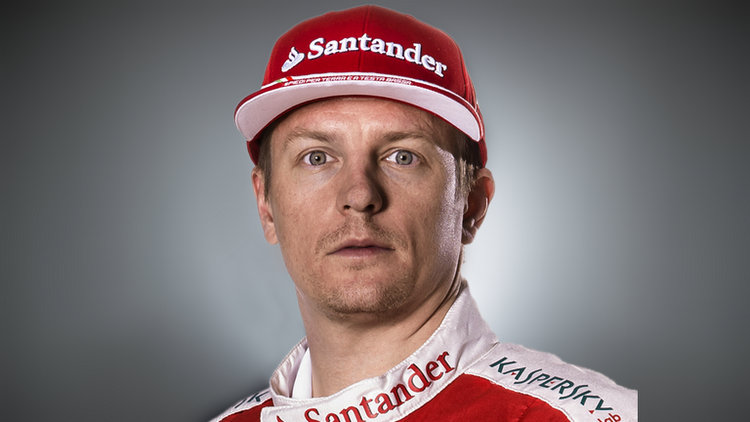 Something of a surprise package in 2016, Raikkonen was able to often get the better of more-decorated teammate Sebastian Vettel, and will look to build on that with a championship challenge in 2017. When a car suits his driving style, the Finn is still right there for pace, and testing would seem to indicate the SF70-H does indeed suit him. Turning 38 during the season, Raikkonen will be looking to add to one of the more remarkable careers in recent memory.
2016 Championship Position: P6 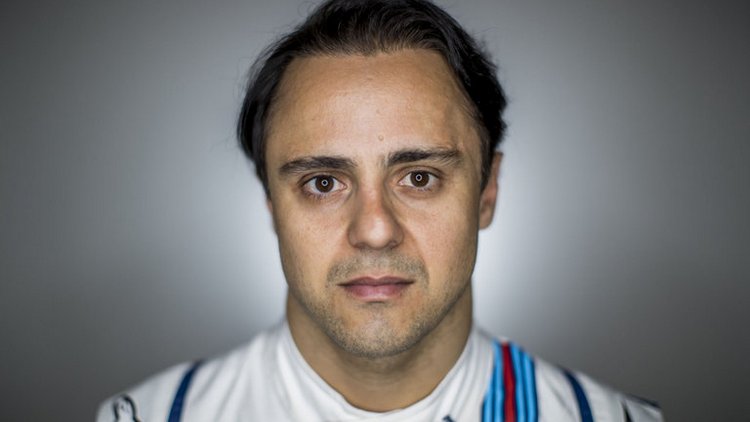 At 5’5, there’s not many things shorter than Felipe Massa, but his retirement was one of them. Back in the saddle for his 15th season in F1, Massa will be hungry to prove he’s still got it with a Williams that looked very podium-capable in testing. Whatever awaits the 35-year-old Brazilian, he’ll get to enjoy at least one more rodeo before hanging up his child’s size 7 boots.
2016 Championship Position: P11 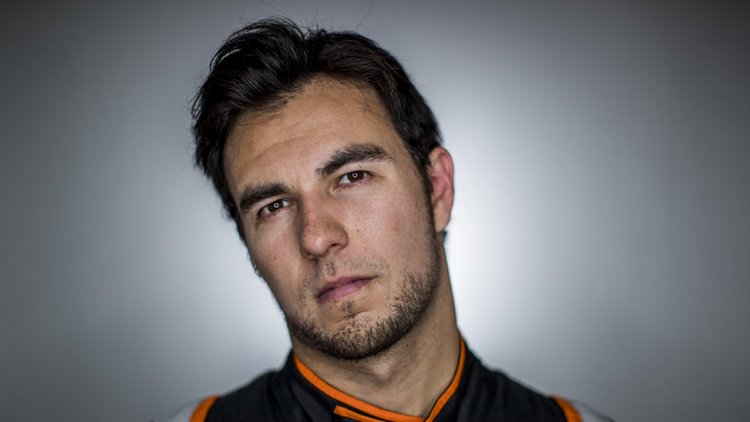 Once the “next big thing” in F1, Perez has become something of an enigma. In each of his three years with Force India, Perez’s talent has been on full display with at least one podium, yet he was never able to separate himself from teammate Nico Hulkenberg despite the German never quite reaching the same heights. Never “there”, but always “there abouts” in driver rumours, perhaps this is the season he arrives back at the forefront.
2016 Championship Position: P7 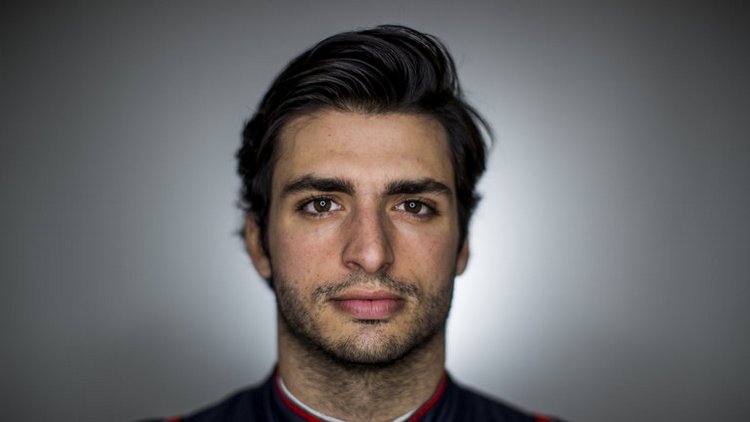 No man finds himself in a more awkward position than Sainz. A highly regarded young talent, he remains the odd-man out in a stacked stable of Red Bull drivers, meaning that while he can’t move up to the senior team, it’s clear he can’t stay at Toro Rosso much longer. 2017 will go a long way to shaping his career, and he should be a popular name in silly season rumours.
2016 Championship Position: P12 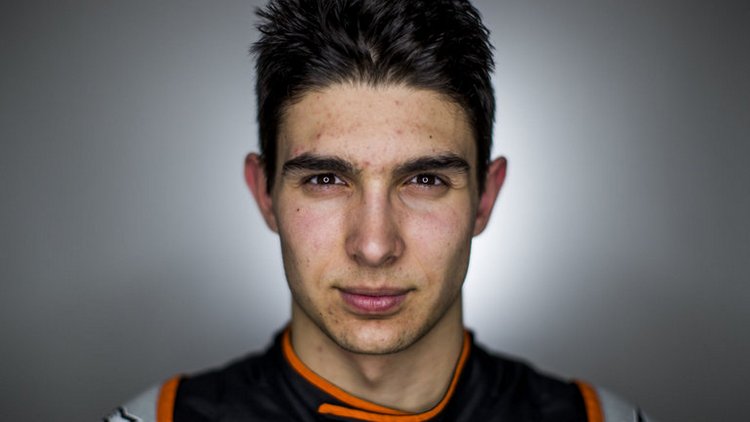 Whether or not you thought he won his battle with former Manor teammate Pascal Wehrlein, Ocon came out on top in the only way that matters – by securing a better race seat for 2017. No longer languishing at the back, the 20-year-old Frenchman will be expected to snare plenty of points in his Force India, and with his sights set on quickly advancing even further, nothing less will be acceptable.
2016 Championship Position: P23 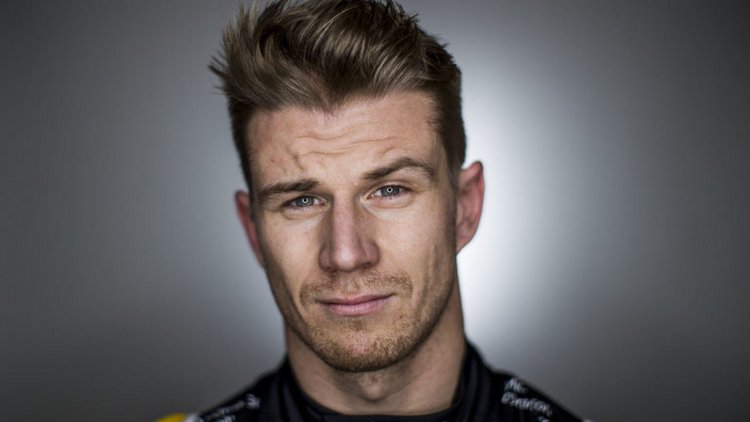 After three years at Force India, new pastures await for Hulkenberg as he joins the revival project at Renault. Despite being a proven commodity on the F1 grid, the 29-year-old German has yet to attain a grand prix podium, and will find it difficult to open his account in another midfield car. Expect a consistent, if unspectacular 2017 from the German.
2016 Championship Position: P9 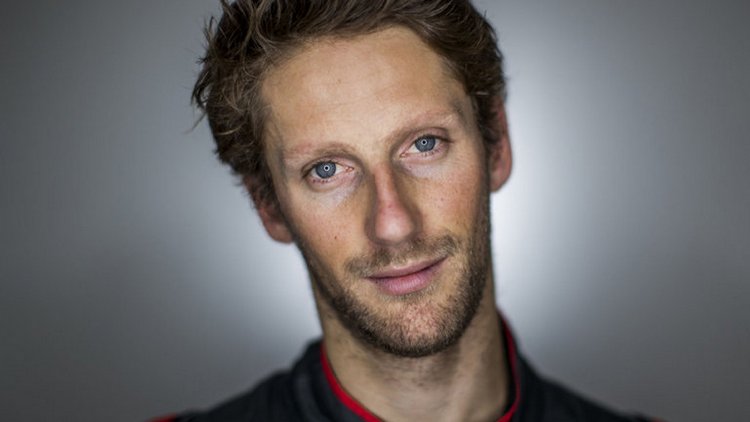 Despite starting 2016 with two top-6 finishes, Grosjean had a season of relative obscurity as Haas settled back into the midfield. Now in year two with the American team, the Frenchman will be expected to not only take the lead in making them competitive, but will face a genuine challenge from the other side of the garage with Kevin Magnussen having replaced Esteban Gutierrez.
2016 Championship Position: P13 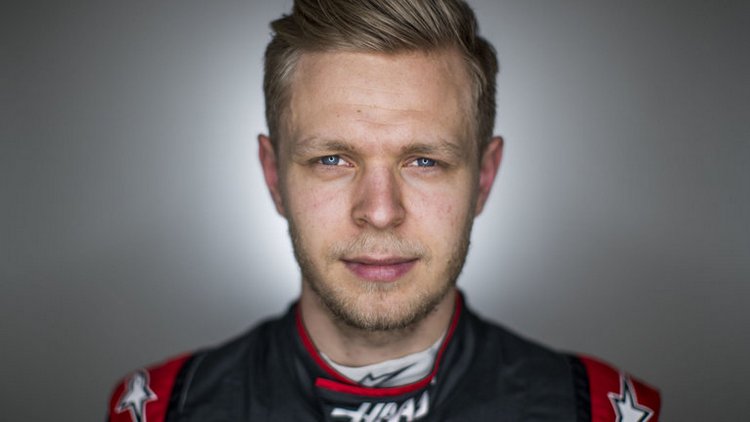 Once a heralded protégé of the McLaren young driver programme, Magnussen enters his third season in F1 yet to really deliver on the promise after finishing P2 on his race debut in Melbourne, and now finds himself once more at a new team. If the 24-year-old Dane harbours ambitions of scoring a ticket back to the big time, his 2017 battle with talented teammate Romain Grosjean will be particularly interesting to watch.
2016 Championship Position: P16 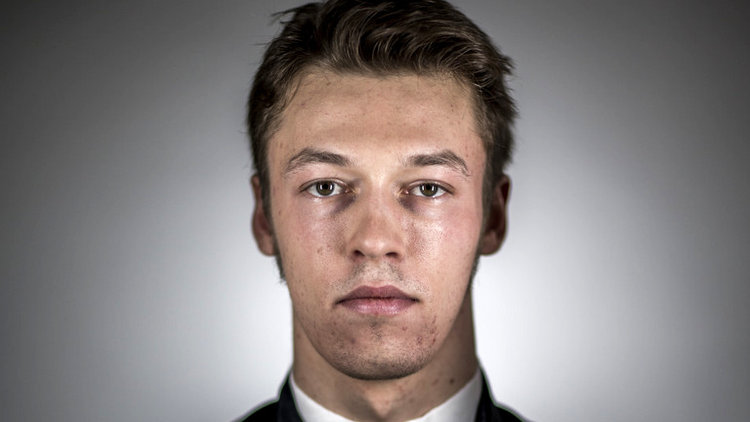 From Toro Rosso to Red Bull and back again, Kvyat’s career epitomises the cut-throat nature of the driver market in F1. Turning a near-ancient (by Toro Rosso standards) 23 in 2017, this might be Kvyat’s final chance to impress enough to secure his F1 future, lest he end up abandoned on the same deserted island as Jean-Eric Vergne and Sebastien Buemi.
2016 Championship Position: P14 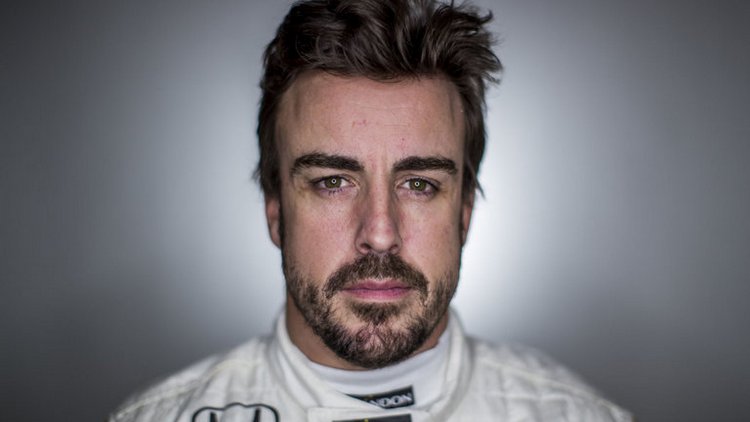 A long-time admirer of Bushido – the samurai way of life – 2017 might be the year Alonso is forced to commit seppuku. Now a decade removed from his second world championship with Renault, Alonso finds himself as far away from glory as he’s ever been, and you have to wonder just how much more his psyche can take. If McLaren continues to fail him on track, expect him to start generating plenty of headlines off of it.
2016 Championship Position: P10 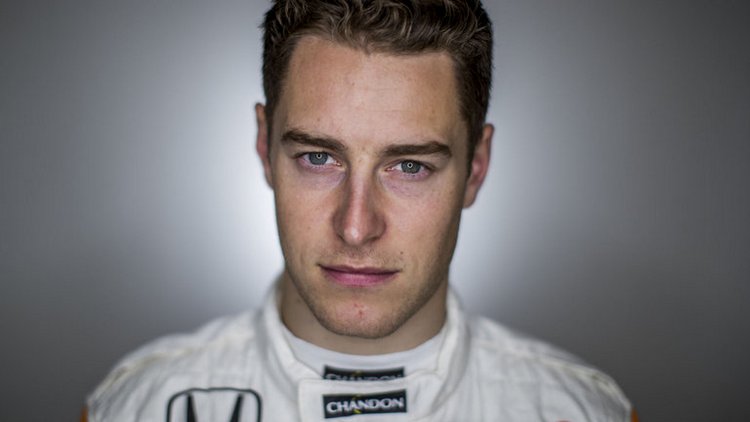 It’s been a long time coming, but the best name in motorsport has finally made his way to a full-time race seat. Unfortunately, it seems unlikely he’ll get to build on the point he got on debut in 2015, but he’ll still be expect to match up well with Fernando Alonso as McLaren’s driver for the future – one that should include better engines.
2016 Championship Position: P20 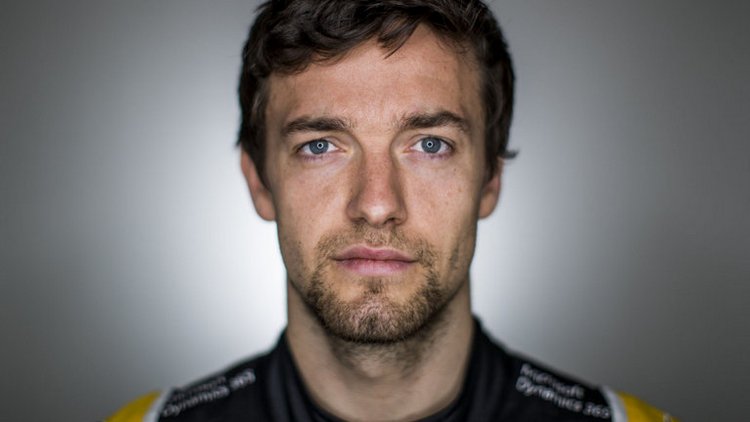 A slow start to his rookie season had many doubting his future in F1, but a strong finish was enough for Palmer to secure his seat for 2017. With Nico Hulkenberg now occupying the other Renault, the benchmark for success will be somewhat higher than it was in 2016, and the former GP2 champion will have to raise his game even further if he wants to impress.
2016 Championship Position: P18 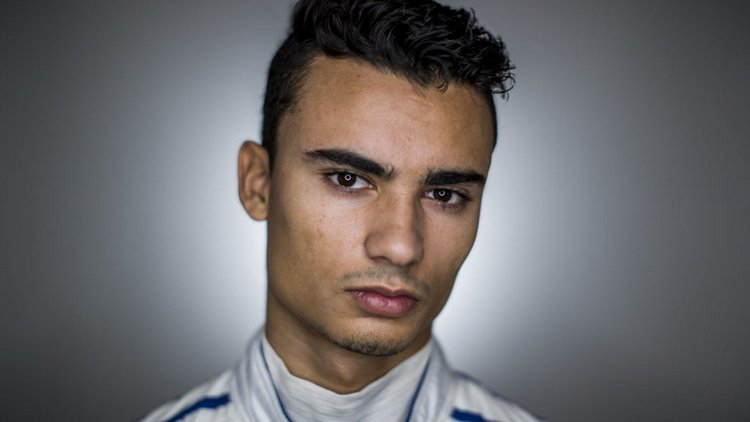 From one backmarker to another, Mercedes development driver Wehrlein has to be smarting after being passed-over for Nico Rosberg’s vacant race seat. Now in a 2016-Ferrari-powered Sauber, Wehrlein will be measured by not whether he beats teammate Marcus Ericsson, but how comprehensively he does it. A few cheeky points wouldn’t hurt either to regain Toto Wolff and co.’s attention.
2016 Championship Position: P19 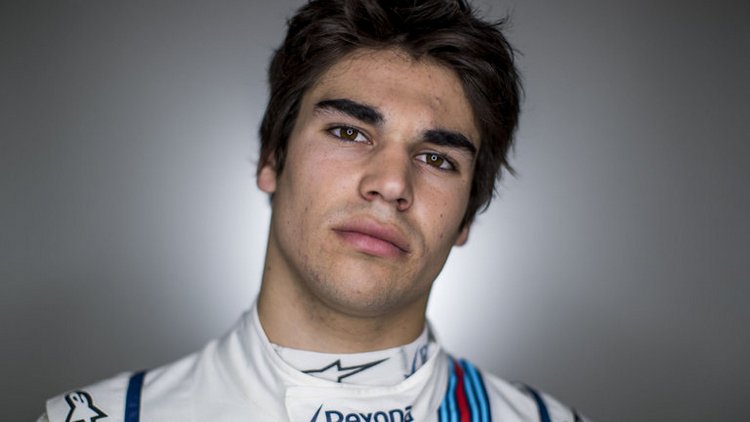 Having evoked memories of Pastor Maldonado with his crash-filled performance in the first pre-season test, Stroll has his work cut out to change perceptions he is more than the latest deep-pocketed driver to buy their way into F1. Going against the veteran Felipe Massa will provide an excellent benchmark in what is sure to be a pressure-packed season, and with the car looking more than capable, Stroll will have to be likewise.
2016 Championship Position: N/A 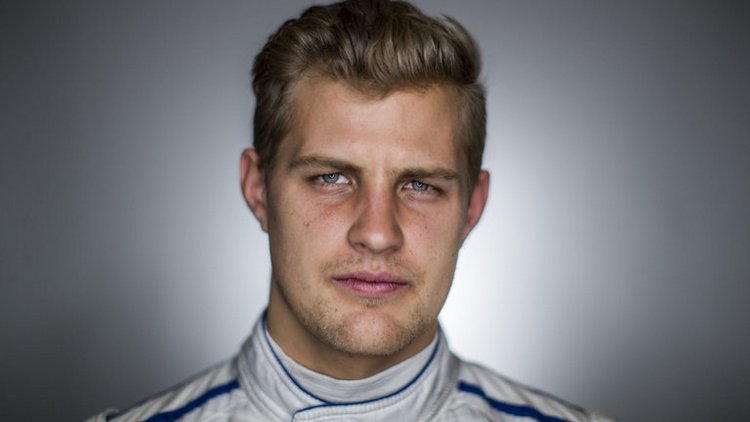 Among the champions and challengers, heroes and villains, Marcus Ericsson remains a forgotten man in F1. Having never found himself in a particularly quick car, the Swede’s career has yet to give us any meaningful moments, yet, like Lewis Hamilton’s barber, he somehow still has a job. With an underpowered Sauber his ride for 2017, expect more of the same this season.
2016 Championship Position: P22