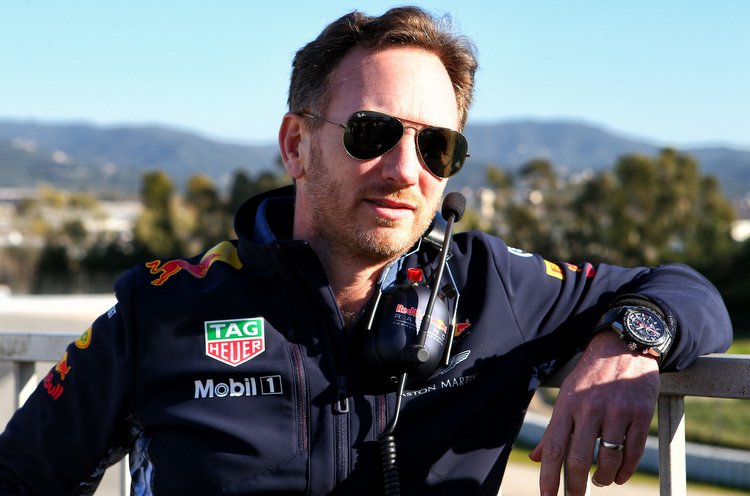 Amid speculation that Red Bull are set to unleash the ‘real’ RB13 at the season opener in Melbourne, team chief Christian Horner is adamant that Mercedes are still the outfit to beat this season.

In an interview with the official F1 website Horner said, “Mercedes is the clear, clear favourite. They have won 50 races in the last three years, we’ve won five and Ferrari three. Do I have to say more?”

“Mercedes are total favourites. Yes, we’ve made a good car – a good basis of a car that we will hopefully be able to develop effectively through the year. Renault has had a busy winter as well and hopefully the TAG Heuer-branded engine in our car will perform well this season. How well – and what the others will find – is pure speculation.”

Nevertheless talk is that the RB13, which has had significant input from design guru Adrian Newey, will feature some major post-Barcelona updates which the team hope will bolster their chances at the Australian Grand Prix and beyond.

Horner acknowledged, “Adrian definitely has his mojo back again. Right now he is juggling two projects – the Aston Martin car and the RB13 – but he’s got a great team and together they are doing a super job. Adrian is contributing effectively into that. It’s great to see him enthused again about Formula One.”

Asked to predict the outcome of this year’s Formula 1 championship – with the reigning champion Nico Rosberg retired – Horner responded, “It is obviously a shame that the champion has decided not to defend his title – that is really an unusual scenario for a guy that is still pretty young.”

“You could argue that it is little defeatist, but you have to respect his decision. And there are great champions on the grid: Sebastian Vettel, Lewis Hamilton, Kimi Raikkonen and Fernando Alonso.”

“But hopefully it will be a new guy at the end of this season – hopefully one of ours!” ventured Horner whose team are counting on Daniel Ricciardo and Max Verstappen to do the business for them.

Big Question: Are Red Bull set to unleash a beast in Melbourne capable of dethroning Mercedes this season?