Hamilton is still the man to beat 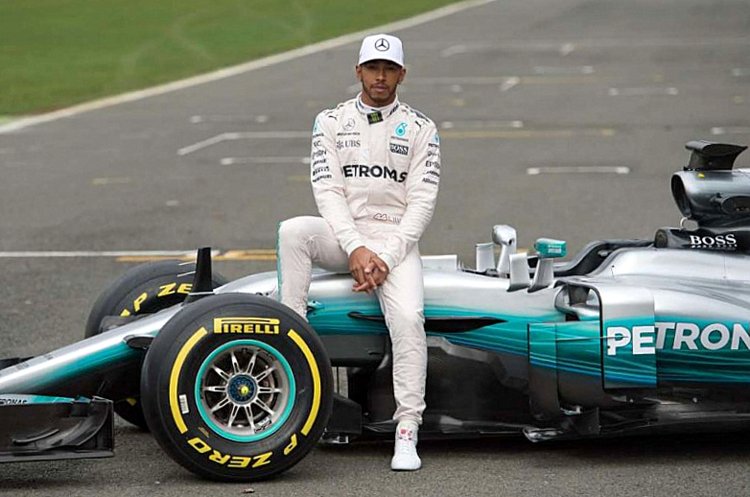 Last season was the one that got away for Lewis Hamilton and the triple Formula One world champion is not prepared to let that happen again in 2017.

The Briton has won more grands prix than anyone still driving around a racetrack, and knows all the tricks as he starts his 11th season. Bookmakers have him as the uncontested 10/11 favourite ahead of the March 26 season-opener in Australia.

There could still be a few bumps in the road ahead, however.

For those who fear the Mercedes man will have it easy following the retirement of Nico Rosberg, the German team mate who beat him to the title while winning fewer races, there is an alternative scenario.

“Imagine Ferrari are great and the championship is being fought between Sebastian Vettel, with four world championships and Lewis, with three,” 1996 world champion Damon Hill told reporters. “That’s going to be an exciting battle.”

It could happen, with Ferrari fastest in pre-season testing and raising suspicions that their new SF70H car has closed the chasm between Mercedes and the rest.

Vettel is the second favourite in the betting odds at 4/1.

Former Red Bull ace Vettel and veteran team mate Kimi Raikkonen, Ferrari’s most recent world champion in 2007, drew a blank in 2016 and have plenty of pressure on them to succeed.

There is also the possibility, albeit remote despite Rosberg’s surprise decision to retire only days after winning his first title, that Hamilton does something explosive.

“Lewis is an emotional beast and there might be a situation where he just goes: “I’ve had enough and I don’t want to do it,’” said Hill. “If it’s not going well for Lewis, then he does have a tendency to make his feelings known.”

Hamilton is huge box office, a global celebrity and familiar face even in America. And Americans like winners.

But it would do no good for Formula One, in a new era of faster cars and U.S-based owners Liberty Media calling the shots in place of ousted 86-year-old supremo Bernie Ecclestone, if Hamilton runs away unchallenged.

With Valtteri Bottas still finding his feet after joining from Williams as Rosberg’s replacement, and yet to win a race, that is also quite possible.

Bottas has never been beaten by a team mate over a season, but he has spent all his time at Williams and Hamilton is something else.

“Nico had his guts turned inside out to win that championship last year,” said Hill. “He (Hamilton) is a fearsome competitor…I think he’ll redouble his efforts after last year.”

Red Bull’s Max Verstappen and Australian Daniel Ricciardo, who each won a race last year, can also be counted on for thrills and their new car could be more competitive than testing times have indicated.

Williams have the youngest and least experienced driver on the grid in Canadian 18-year-old rookie Lance Stroll but he is better placed than Belgian standout Stoffel Vandoorne at McLaren.

Vandoorne, who did one race last year, has replaced the departed 2009 champion Jenson Button in a car plagued with reliability problems.

The sport has a new look, with fatter tyres and wider cars that also look more aggressive.

That has seen lap times slashed, with drivers able to take many corners flat out even if cars are slower on the straights.

Whether they can overtake any more easily remains an open question, and the more durable tyres are likely to lead to fewer pitstops.

“Let’s hope the racing’s fantastic, but don’t hold your breath, I’d say,” commented Hamilton after the first pre-season test. The same sentiment might well apply to anyone hoping to beat the Briton this season.

“Mercedes is the clear, clear favourite. They have won 50 races in the last three years, we’ve won five and Ferrari three. Do I have to say more?,” Red Bull principal Christian Horner told the official F1 website.

Big Question: Will Lewis dominate in 2017?