Haas: We are not here to run in the back forever 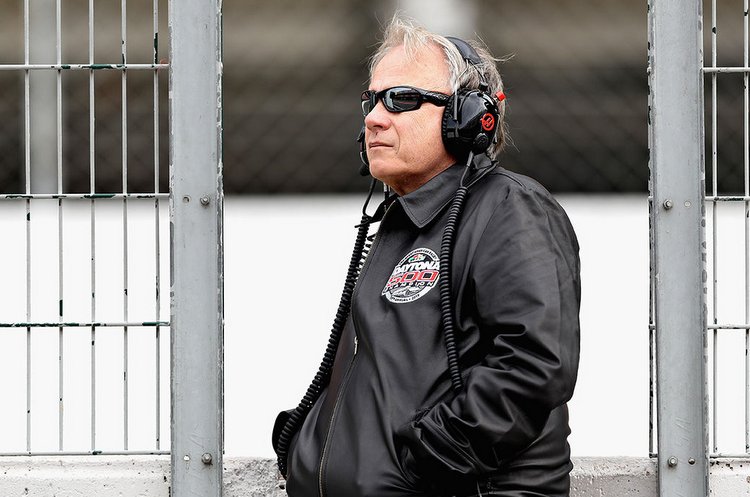 While Formula One’s new American owners seek to add races and razzmatazz in the United States, the boss of the sport’s only US-owned team is more focused on what the rest of the world can do for him.

Gene Haas, the California-based machine tools magnate with a winning record from NASCAR, has a clear agenda as Haas F1 prepare to start a second season at next week’s Australian opener in Melbourne.

“It’s actually very important to have more image in the rest of the world,” he said in a sit-down during recent testing in Barcelona.

Liberty Media, who took over as Formula One’s commercial rights holders in January, have targeted new races in North America and a push to build a broader fan base there.

Haas, a co-owner of the Stewart-Haas Racing NASCAR team, can play a part in that as the first US-owned F1 outfit in 30 years.

But promoting Haas Automation, a company with $1 billion in annual sales, remains the focus. And in the owner’s view, Formula One is an advertising vehicle like no other.

“If we got on a podium or something like that, that would probably be worth all the advertising in the world,” he said.

Haas certainly got noticed last March when Frenchman Romain Grosjean finished sixth on the Ferrari-powered team’s debut in Melbourne – a result that he said was like a win for the newcomers.

A red flag stoppage played into their hands with the tyre strategy then, but Haas went one better in the next race in Bahrain when they finished fifth.

“If we can get a red flag, and then change tyres right at the red flag it would be perfect,” Haas said of the chances of repeating the feat.

“I doubt very much we can repeat what we did. Coming in sixth in Australia, for a brand new team, that was very unique.”

Haas ended up a solid eighth overall at the end of the season, and the target now is to keep moving up.

Brake issues remain a worry but the Ferrari engine is more powerful and Haas are now the only customer of the Italian manufacturer to have the latest version, with Sauber using last year’s model.

“Our goal would be maybe to move up a position or so and then possibly if we could snatch a podium, that would be a real accomplishment,” said Haas.

“We are not here to run in the back forever because that’s generally a very slow and painful way to race. We know we have to perform and I think we’ve got the basic structure to do that.”

Danish driver Kevin Magnussen has replaced under-performing Mexican Esteban Gutierrez alongside team leader Grosjean, and the car is one of the better-looking of the new crop of challengers.

“In general, we are pretty confident we are in the mid pack,” said team principal Guenther Steiner. “But are we at the top of the midpack or at the back? I don’t know yet.”