Ecclestone: They bought the car, they wanted to drive it 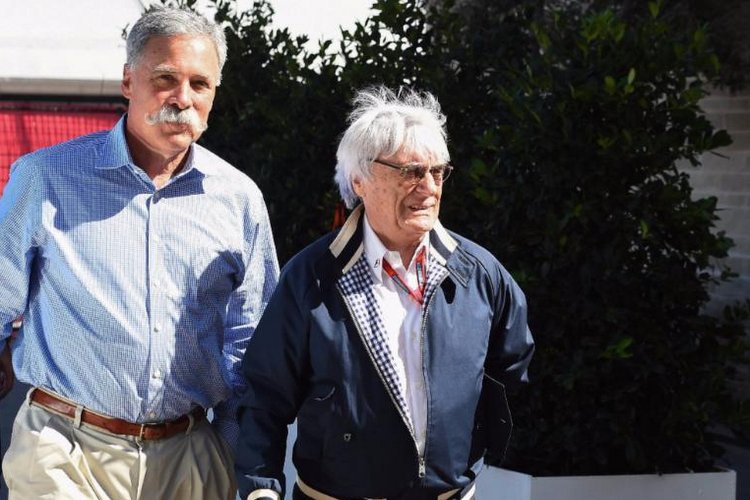 The once all powerful Formula 1 supremo Bernie Ecclestone, now reduced to a glorified but toothless role as the sport’s chairman emeritus, accepts the way Liberty Media have taken over the sport but only wishes they had kept him around longer.

Speaking for the first time since his ousting from the helm of F1, Ecclestone told Sky, “They bought the car, they wanted to drive it.”

Asked if he would have done the same as Liberty Media if he were in their shoes, “Probably not. I would have asked them to work with me for a bit, wait for a year and afterwards say: has it worked, not worked? Not worked? Sorry, you’ll have to leave, or whatever…”

“But different people operate companies differently, obviously. I think this is very much the way American companies operate. Let’s be absolutely sensible about it: they bought the car, they wanted to drive it.”

Formula 1 is now run by a triumvirate headed by Chase Carey and supported by his two lieutenants Ross Brawn (sporting director) and Sean Bratches (commercial director).

During the final years of his reign many believed that Ecclestone had lost touch with reality and Formula 1 was not evolving by engaging a young audience and taking advantage of new media streams.

But Ecclestone scoffed at the idea, “I think people have got muddled up a bit. These people have thought and said, and Chase has said, that I hadn’t done a very good job in the last three years. I thought I had, CVC thought I had, and I managed to produce $1.5 billion-a-year income, which made their shares worth a lot of money.”

“Maybe if I’d have done a lousy job people could have bought the shares cheaper,” added the 86 year old.

As for attending grands prix in his new role, Ecclestone said, “I’ve been asked and invited to go to most of them, so I’ll have to try and sort it out. Probably at least half of them.”

Asked about his role as F1 chairman emiritus, Ecclestone quipped, “I don’t know what it is. No idea. I’d like some rules and regulations perhaps so I know what I’m supposed to do, or not supposed to do.”