F1 2017: Verstappen to push Ricciardo to the max 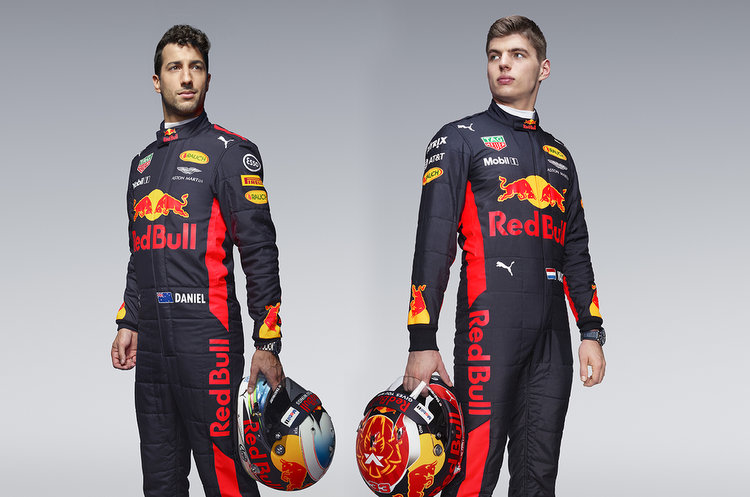 It takes some effort to wipe the smile off Daniel Ricciardo’s face but Red Bull team mate Max Verstappen will be hoping the breezy Australian has less to grin about this season.

The battle between two of Formula One’s most popular drivers will be a leading storyline of the new-look championship starting in Melbourne next week as they fight to be team top dog.

Even if Red Bull currently appear to be behind Ferrari and Mercedes on pace, both can expect to be jostling for podium places.

Verstappen, the youngest driver and race winner in the sport’s history, goes into his last teenage year with a burgeoning reputation as a fan favourite and with more records for the taking.

A demon overtaker, compared to the late Ayrton Senna after lighting up last year’s wet Brazilian Grand Prix, the 19-year-old is widely regarded as a champion in waiting.

“There is a buzz around him that is growing and growing,” team principal Christian Horner said during pre-season testing in Barcelona.

“You saw the people that turned out to see him at Spa last year….there is a national following behind him.

“But beyond that there is this raw talent. His potential is enormous and that is what is so exciting about him. He is so grounded.”

Ricciardo, the “Honey Badger” whose easy charm belies a ferocious determination and will to win, was best of the rest behind the Mercedes drivers in 2016 but faces a bigger challenge this time.

His “shoey” celebration, drinking champagne from his sweaty shoe on the podium and urging others to partake, has become a post-race hit.

Ricciardo, who can count on strong home support for the opener, was the only driver other than the Mercedes pairing to qualify on pole position last year.

The Red Bull pair were also the only non-Mercedes drivers to win last year, but Verstappen’s arrival on the top step was more sensational – coming in his debut race for the team in Spain in May after switching from Toro Rosso.

As the season progressed, “Mad Max” added consistency to the mix. Verstappen was only once out of the top four in the last six races, but lost out 10-7 to Ricciardo in their 17 as team mates.

The Dutchman was only 8-7 behind on podium finishes, however.

“There was nothing between them over the second part of the year,” Horner told inews.co.uk. “What´s going to be fascinating for us to see is how Max, being so young, continues to evolve and improve.

“Can Daniel go with him? Is there more left in the tank? Was that the top rung last year? You suspect they both have more evolution and it will be interesting to see the battle between the two of them this year.”

Big Question: Will harmony between Daniel and Max continue in the bull pen?