F1 2017: Hamilton vs Bottas the quiet before the storm 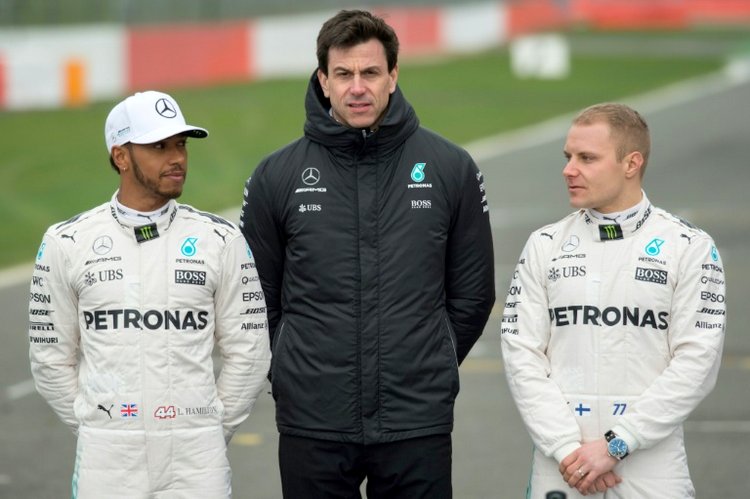 Valtteri Bottas is learning fast but Lewis Hamilton’s new Mercedes team mate will only really find out what he is up against when the Formula One season starts in Australia next week.

The 27-year-old Finn, who has stepped into the hot seat vacated by retired world champion Nico Rosberg, has yet to put a foot wrong.

He did more laps (628, equal to 2,923km) than anyone else in pre-season testing and drew early compliments from Hamilton, the man who drove Rosberg to the brink both mentally and physically last year.

“There are no games, there is complete transparency. I like that,” the triple world champion, who had already called Bottas a “nice guy” during an interview earlier this month.

“I feel we already have a better working relationship than I ever had with any team mate I had before,” said Hamilton, who has previously paired with champions Fernando Alonso and Jenson Button as well as Rosberg and Finland’s Heikki Kovalainen.

“He wants to do the best thing that he can in his first year with the team – and with me being here for quite a while now, I want to deliver and make sure that I give as much information so that he will learn.”

Both drivers have equal status but Hamilton, winner of 10 of the 21 races in 2016 including the last four, is the championship favourite.

From his perspective, Bottas is there to score points and back up the team’s bid for a fourth straight constructors’ title.

The Briton has won 53 grands prix, more than any driver apart from seven-times world champion Michael Schumacher. On his day, as previous team mates will attest, he can be simply unbeatable.

Hamilton is also no stranger to the psychological trickery, media manipulation and sheer single-mindedness that come with being a world champion.

Bottas, described by Mercedes team boss Toto Wolff as “modest, humble and hard-working” when he joined from Williams in January, has yet to win a race.

But if the Finn, who has said he is “not here to be in second place”, proves as much of a rival for Hamilton as Rosberg then things could get very tasty indeed and the smiles will surely fade.

The championship is a long haul, but a Bottas victory in Australia would certainly liven things up.

“I would tell him don´t expect an easy ride, that´s for sure,” Rosberg, who raced against Hamilton from karts to Formula one, said when asked what advice he would give Bottas.

Former racer Martin Brundle said Hamilton would not underestimate his new team mate, who is undeniably quick, but was bound to feel good with the situation.

“Lewis must think ‘I’m in the best team, probably in the best car and my team mate has got all the learning to do of what it’s like to be under pressure’,” the Sky TV presenter told reporters.

Brundle recalled how that had felt in 1992 when he went from unsung Brabham to Benetton, a team expected to be on the podium.

“You can be in a midfield car and have three weekends on the missing list and nobody notices. You have one bad session when you are in a championship position and everybody notices. And Valtteri has not had that kind of pressure yet,” he said.

“If I was Lewis. I’d be thinking ‘I’ve got this one covered.”