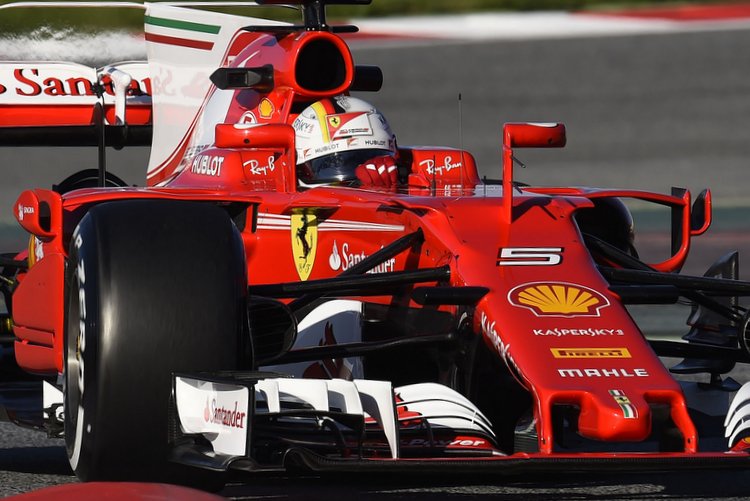 The Italian stallion has a spring in its step as Ferrari, Formula One’s oldest and most successful team, start a new season with fresh hope of returning to the top in the carmaker’s 70th anniversary year.

A decade on from their last driver’s title, courtesy of Kimi Raikkonen in 2007, Ferrari emerged from eight days of testing in Spain with the fastest lap times coupled with impressive reliability.

Their SF70H car, its name a nod to Enzo Ferrari’s first creation in 1947, has been scrutinised by anxious rivals up and down the pitlane.

With media activities pared back, and the car presented online without fanfare, the Scuderia have adopted a low profile leading up to the Australian opener in Melbourne on March 26.

They have flattered to deceive before of course, the prancing horse looking good in testing but heavy-hoofed once the racing starts.

But this time the suspicion is that Ferrari have yet to reveal their true performance and are ready to take on dominant Mercedes.

“I think Ferrari are bluffing and that they are a lot quicker than they are showing,” Britain’s triple world champion Lewis Hamilton told reporters last week, even as the Italians went fastest.

“They are very close, if not faster,” added the Mercedes driver.

Red Bull’s Australian Daniel Ricciardo agreed, “Ferrari looks strong. At the moment they look like they are pretty close to Mercedes’s pace if not on it…”

Ferrari failed to win a race last year, their second such blank in three years, while Mercedes won 19 of 21 and took both titles for the third season in succession.

The days when the red Ferraris, who have competed in every world championship since the outset in 1950, were dominant with seven-times world champion Michael Schumacher are long gone.

But the 2017 rule changes, with fatter tyres and faster cars, could signal a new awakening for four times world champion Sebastian Vettel and veteran “Iceman” Raikkonen in what looks likely to be his last campaign.

The handling is better, the power unit delivering and the team more settled after a difficult 2016 during which principal Maurizio Arrivabene played down reports of a “climate of fear” at the factory.

“I think we are better prepared than last year,” said Vettel, who joined in 2015 hoping to emulate boyhood hero Schumacher. “I think overall the team is in better shape.

“What happened in the background (last year) was really, really important to make a step forward, and hopefully we’ve done that.”

Raikkonen lapped faster than anyone ever before in Barcelona, with a best time of one minute 18.634 seconds.

With the team’s track success a key driver of the Ferrari brand, and president Sergio Marchionne always looking for a return on the money, Vettel was careful to keep bubbling expectations grounded.

“If we can be fighting for the podium in Melbourne, it would be great,” he said. “If you win three world championships in a row as a team, then it’s clear who is the favourite, rule changes or not.”

Big Question: Ferrari in 2017 the real deal or another false dawn?