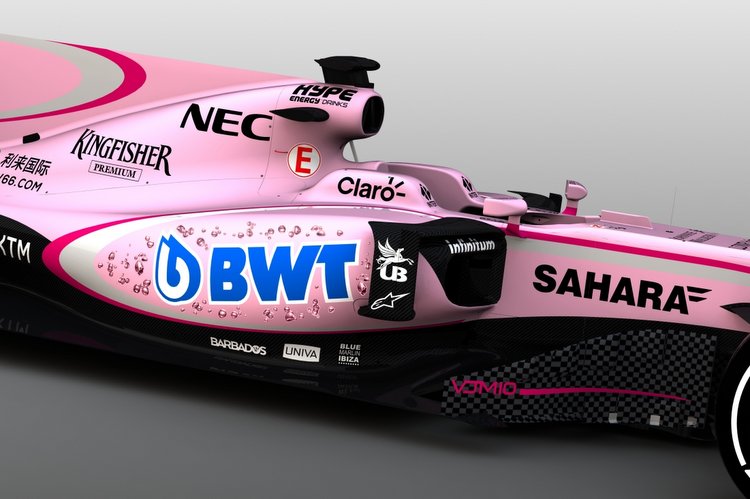 The company also sponsors two Cars in the DTM series, a deal which runs until the end of this year.

We will have a brand new look this season after an agreement with BWT, Europe’s no 1 water technology specialists. https://t.co/7SOMlq46Ar pic.twitter.com/gY3WhjapPg

New colour for 2017, as clever as the pink panther;)! What do you think about it?😜 #BWT @F1 @ForceIndiaF1 pic.twitter.com/HdCTyUDbPp

We CANNOT wait to see the overalls. https://t.co/Uqpc7dCRmb