Lauda: I don’t think Rosberg will come back 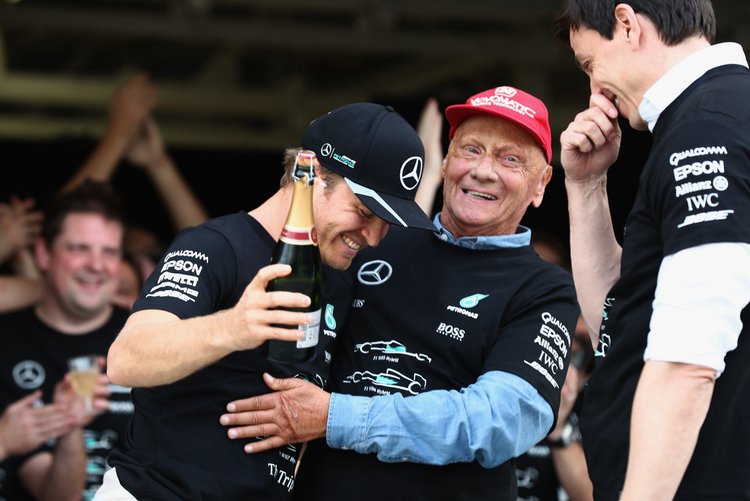 Mercedes F1 chairman Niki Lauda was the biggest critic of Nico Rosberg, when the newly crowned World Champion quit the sport five days after clinching his first title, and although he claims he is over the shock it appears the decision still niggles the Formula 1 legend.

Ironically Lauda also walked away from the sport suddenly, when he decided to quit during free practice for the 1979 Canadian Grand Prix – with three races still to run in the championship that year.

Hence Lauda’s criticism of Rosberg seemed rather harsh at the time, the Austrian explained, “In my defense, I must say that in my time at least one driver was killed every year, so we had a very different approach to the sport.”

“In my day, it was really something special to become F1 World Champion. We always wanted to defend our title. We would never just quit.”

Lauda claims his wrath was directed at Rosberg’s lack of consideration for the team that made the title possible for him, “We have 1200 employees. We gave him the opportunity to become world champion in a fantastic car and then he tells us he wants to retire.”

“From the driver’s point of view I understand what he did, but from the point of view of responsibility, it was a big surprise to me,” he added.

Rosberg made a brief visit to testing in Barcelona last month, which Lauda admitted, “I was surprised, to be honest. If I wanted to stop, I would stay away for a while to enjoy my child and my wife properly.”

Asked if he felt Rosberg would make a comeback, Lauda was adamant, “No. I don’t think he’ll come back. I think he’s comfortable now at home.”

In January the Mercedes team chief declared, “We had to come to terms with it and we did. We are now looking to the future and do not mourn Rosberg at all.”

Is Niki Lauda being too harsh on Nico Rosberg? Will Nico get bored and make a comeback at some point in the future?