Hasegawa: What has happened was not seen on the dyno 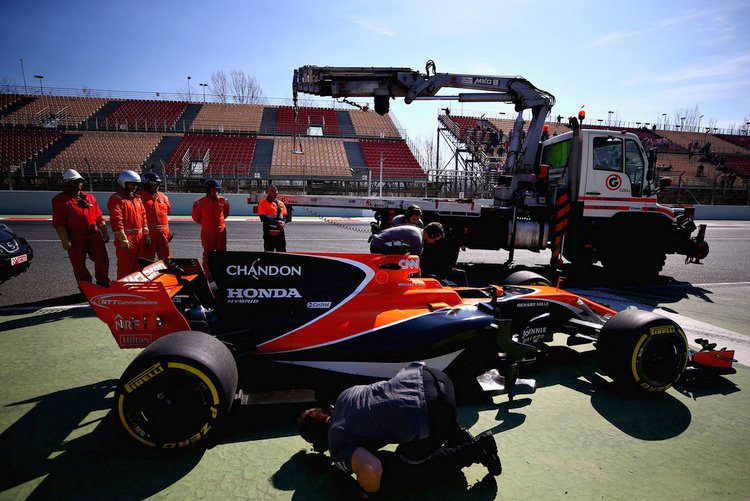 McLaren powered Honda grabbed big headlines during the eight days of testing, but alas it was for all the wrong reasons as the team struggled with their new power units, breaking down countless times and the MCL32 woefully slow compared to the pace setters.

When asked by Racer if they expected such issues, Honda F1 boss Yusuke Hasegawa said, “Of course not. Of course we knew the performance level but we didn’t know the level of the other teams, so from a comparison point of view we are a little bit scared of the situation.”

“It’s too optimistic for us to expect a very good result in Melbourne. But from a trouble point of view, of course I didn’t expect such a wide variety of problems that we suffered.”

“Everything that has happened has not been seen on the dyno, I believe. No. Especially the day two issue and this week’s day one issue, we didn’t expect such a problem.”

“Of course it is disappointing but to me it is good that we can find out the issues before Melbourne. Of course it is bad for testing and to disturb the running time.”

Hasegawa insists that the current version Honda engine is better than before, but believes that their rivals have also upped their game during the winter.

“Of course we also improved our engine performance level; however, it looks like the PU performance improvement of the others is better and higher than us. We may even be further back, so that is very disappointing.”

“From the settings or a setting point of view we may have some things we can do in these two weeks. In the next two weeks we will try to find some ways of tuning the engine, and it can have better performance, definitely,” added Hasegawa.