Hamilton: It was inspiring to see Barcelona fight back 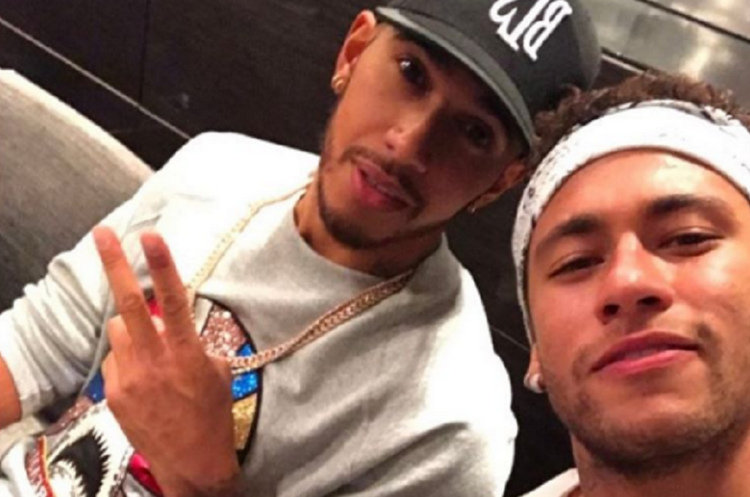 Three-time Formula 1 world champion Lewis Hamilton is hoping to tap into the never say die attitude shown by Barcelona in completing the biggest ever Champions League comeback in history against Paris Saint-Germain.

Hamilton was in attendance at the Camp Nou on Wednesday to witness his friend Neymar (pictured above after the game) lead Barca to a 6-1 thrashing of the French champions to overcome a 4-0 first leg deficit.

And, after the disappointment of missing out to Nico Rosberg by the finest of margins for the world championship last season, Hamilton believes he can take inspiration ahead of the season opening Grand Prix in Melbourne on 26 March.

“What a fight it was. It was really great to see such fighting spirit,” Hamilton said after completing pre-season testing in Barcelona on Friday.

“It was inspiring to see these guys. They didn’t stop, didn’t quit, kept pushing and I think I need to take that mentality into my season.”

Neymar scored twice and set up Sergi Roberto’s sensational 95th minute winner in a remarkable final seven minutes. And the Brazilian celebrated in style by partying with Hamilton until the early hours of Thursday morning in the Catalan capital.

“I’ve been talking to him for a while about going to watch him play and finally being here it worked out perfect,” added Hamilton. “I got some time to spend with the champ. He played so well all night long. He and his teammates showed great maturity and his incredible gift.”

Ferrari once again set the pace on Friday on the track with Kimi Raikkonen posting the fastest time of all eight days of testing. Hamilton had claimed that the Italian outfit were “bluffing” with their eye-catching times in Barcelona.

However, after three years of complete dominance by Mercedes, Hamilton is expecting a much tougher test as he aims to land his fourth world title.

“The others look pretty quick, so it looks like we’re going to have a battle on our hands. I’ve never wished to dominate. Obviously I want a car to be able to fight for the championship, but I think for the fans it is better to have multiple teams fighting.”

“I think they (Ferrari) are doing a fantastic job and there is more to come from them. Their pace here this week has been spectacular,” added Hamilton at the end of testing in Barcelona.