Alonso: I want victories and podiums 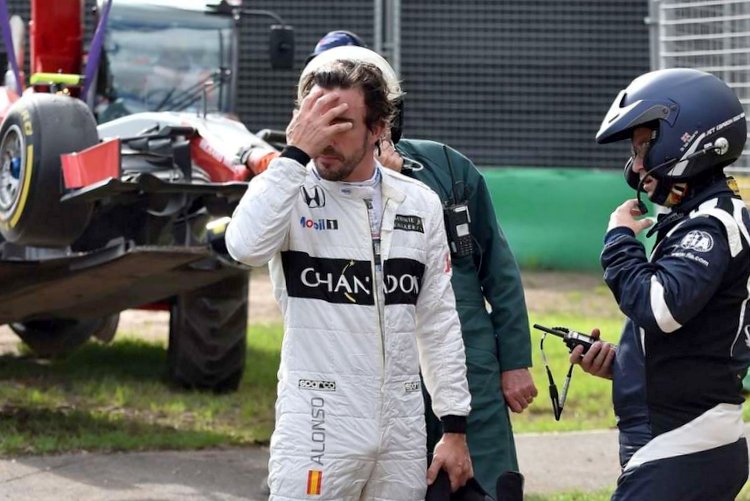 Two-time Formula One world champion Fernando Alonso ruled out retiring until he is handed a competitive car as his beleaguered McLaren-Honda suffered more reliability problems to end pre-season testing on Friday.

The Spaniard broke down twice as electrical faults again restricted his running to just 43 laps and the 11th fastest time of 13 drivers.

Alonso’s contract with McLaren expires at the end of the season, “I want victories and podiums and if it all goes wrong, I will attack next year.”

“It will give me more motivation to continue. I will not stop driving without a good result, which I think is what I deserve.”

McLaren finished bottom of the paddock in terms of laps completed from the eight days of testing at Barcelona’s Circuit de Catalunya.

“We have only one problem which is the power unit,” added Alonso. “There is no reliability and there is no power. We are 30 kilometres (per hour) down on the straight.”

Alonso’s criticism backed up McLaren racing director Eric Boullier’s claim on Wednesday that Honda are “under maximum pressure” to come up with solutions to their continued reliability problems.

At the other end of the field, the likes of Kimi Raikkonen, Sebastian Vettel, Lewis Hamilton and Valterri Bottas were blitzing the times set in recent years for Mercedes and Ferrari.

A series of new regulations for the 2017 season was expected to see McLaren reassert themselves as a contender after failing to win a Grand Prix since 2012.

“This year is more frustrating because you have high hopes due to the change or rules and you think you can cut the gap.”

Alonso, world champion in 2005 and 2006, claimed he still feels he is a better driver than the likes of Hamilton and Vettel.

“I feel the fastest driver out there, so I just need an engine that can run as fast as the others on the straight.”

Alonso’s stance heaps extra pressure onto the relationship between McLaren and engine suppliers Honda ahead of the season opening Grand Prix in Melbourne on 26 March.

The pairing was intended to bring back a glory period when they won eight world championships together between the late eighties and early nineties when they reunited in 2015.

Instead, Honda has been unable to deliver an engine capable of competing at the front of the grid.

McLaren executive director Zak Brown, though, has rejected speculation that the British team could look to break ties with the Japanese manufacturer.