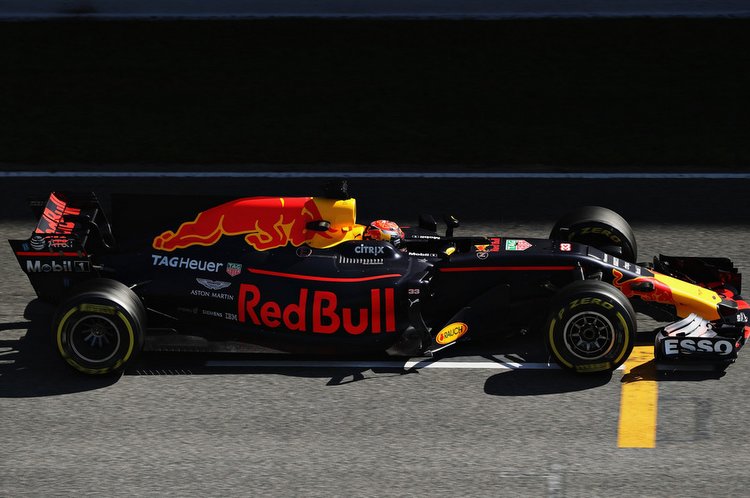 The final day of pre-season testing ahead of the Australian Grand Prix in a fortnight’s time saw Max Verstappen set the second fastest time of the day with a lap of 1:19.438, the quickest time set so far with the RB13. Max also managed to get through 71 laps of the Circuit de Barcelona-Catalunya as the team focused on improving the car ahead of the Melbourne season-opener.

Commenting on his final pre-season test day at the wheel of the RB13 Max said: “I’m not too worried about the small issues we’ve had; that’s what testing is for. They aren’t major problems and I’m quite sure they will be solved before Melbourne. In terms of lap times, I think we just have to wait and see until the first race weekend. For us the most important thing today was to check the balance a bit more and work on getting the car where we want it. The performance is not too bad. For sure we want to improve, but for now it’s OK. Testing is just about trying to improve the car, it’s not about qualifying lap times.”

Head of Race Engineering Guillaume Rocquelin added: “As with Daniel on day one of this test, this morning we focused on short runs with Max and we were also able to do some performance work and put a reasonable lap time on the board. We had a little issue over lunch, but as on Tuesday, we wanted to get some longer runs done this afternoon, so it was worth sacrificing a bit of time to make sure the car would run smoothly. In terms of the tests as a whole, broadly speaking we’ve achieved what we wanted to do. There were a few niggles but that’s always the case with a new car and we knew how to manage those situations. We’ll now have a pretty intense couple of weeks before Melbourne – as every team will – digesting all the information, putting permanent fixes in place for the issues we found, and working on a plan of attack for the first race. Do I think we can be competitive? I think so. We’re happy with the balance and happy with the performance. Some teams put in some impressive lap times but there are so many parameters at play in testing that it’s extremely difficult to form a really clear picture of where everyone is.”