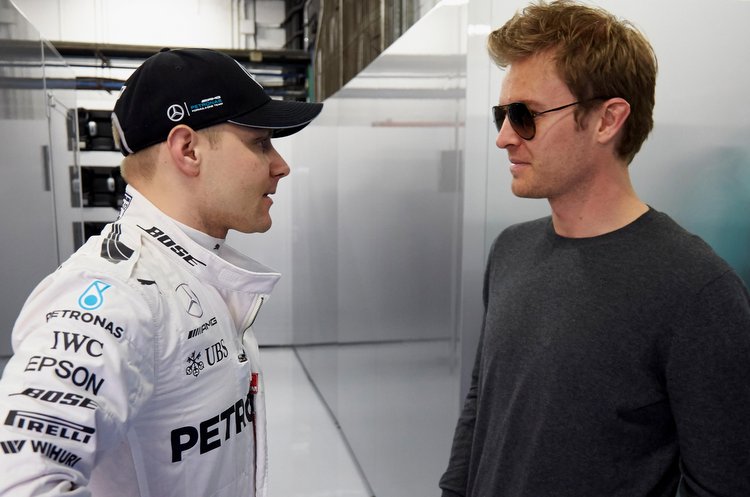 With the 2017 Formula 1 preseason testing drawing to a close, Mercedes team chairman Niki Lauda has revealed that the team’s new signing is around two tenths of a second slower than his triple World Champion teammate Lewis Hamilton

Lauda, who has access to data and telemetry that most others do not, and told RTL, “What I’ve seen so far is that Valtteri is about two tenths shy of Lewis’ qualifying performance.”

But he was quick to add, “This is already very good. He has to work on everything, and he will, but I am more than satisfied with his performance so far.”

more than satisfied” with the performance of Valtteri Bottas, but at the same time says the new drive is slower than Lewis Hamilton

Bottas, who was signed to replace retired 2016 World Champion Nico Rosberg, recently revealed that plugging in to the Silver Arrows outfit was more complicated than he expected, but at the same time both he and the team are working well together.

Any driver needs a spell to adapt when they arrive at a new team, but Hamilton on the other hand is obviously at home with the outfit he joined in 2013, winning two world titles with them since then, and clearly the favourite ahead of the new season.

Although not always fastest during this season’s testing, what has impressed Mercedes insiders is Hamilton’s relentless consistency and pace in race trim.

Lauda suggests that race pace is where Bottas is lagging relative to Hamilton sating that the Finn needed to “develop his long run stints” but added that it was understandable that he obviously did “not yet have the experience that Lewis has” in the team.

Team chief Toto Wolff told Turun Sanomat, “I agree with Niki. Valtteri does not have a lot of time to prove he can be at Nico’s level, to perform well against Lewis Hamilton and help the team keep up the development direction and speed in the car.”

“It is clear that Valtteri needs to learn how to swim quickly,” added Wolff.

Was Bottas the right driver to replace Rosberg at Mercedes? Can Bottas seriously challenge Hamilton?