Hamilton: I think Ferrari are bluffing 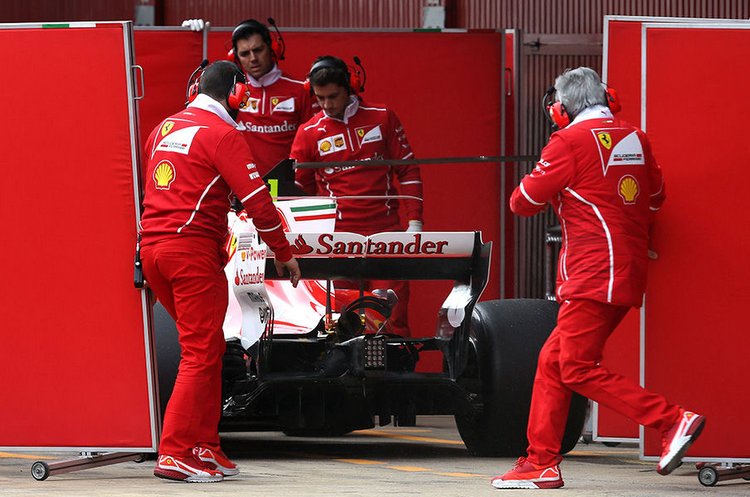 Mind games are clearly in full swing as the final test of the Formula 1 preseason draws to a close and the season opener looms, with Sebastian Vettel claiming that Mercedes remain favourites which in turn has prompted Lewis Hamilton to suggest that Ferrari are sandbagging.

Indeed Vettel set the fastest time on the penultimate day of testing in Barcelona, despite cheekily lifting off well before he crossed the timing beam, thus suggesting he could have gone even faster. He also did more laps than any other driver on the day, indicating a very reliable car in the SF17H.

But when speaking to reporters, the four times F1 World Champion was adamant that Mercedes are still the benchmark team and favourites ahead of the Australian Grand Prix at the end of the month. Report here>>>

However this was countered by Hamilton who has been singing the praises of Ferrari’s renaissance, a view repeated by his new teammate Valtteri Bottas and Mercedes F1 chairman Niki Lauda.

Now, in the wake of Vettel’s recent comments, Hamilton has countered, “I think Ferrari are bluffing and that they are a lot quicker than they are showing.”

“They’re very close to us. It’s difficult right now to say exactly who is quicker. But they are very close, if not faster. Whatever the case, I can’t wait to go out and compete. Just a couple more weeks to go…”

Mercedes ‘new boy’ Bottas echoed the sentiment, “We are definitely not confident we are in front. We are not relaxing or in a comfortable situation at all. We do feel the other teams have made good progress over the winter.

“We are aware that we should not underestimate them and we’re not at this point saying: we’re the number one – we’re just working flat out,” added Bottas.