Williams: We can take a lot of positives to Melbourne 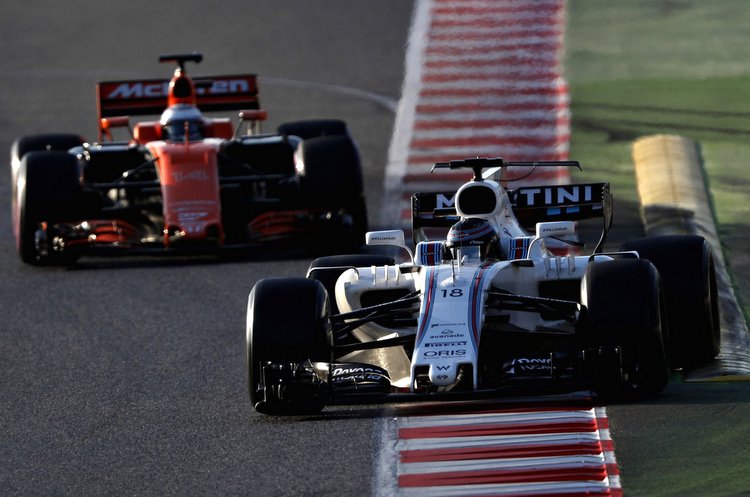 Williams report from day four of the second pre-season test of the 2017 Formula 1 season at Circuit de Catalunya in Barcelona.

Rod Nelson, Chief Test & Support Engineer: “It was a pretty good day. We did some chassis work and a qualifying simulation this morning. Unfortunately, Lance didn’t manage to get his time in on the ultrasofts, and so his fastest time of the day was set on the soft tyres. We tried to do full race simulations in the afternoon but were interrupted by several red flags. Overall, we have got a lot of good data from this week. We’ve completed 600 laps this week, with the team doing a very good job to make up for the time we lost last week. We can take a lot of positives from this as we prepare to head to Melbourne.”

Lance Stroll: “It was a good day today to end a good week. It was a fun day and I got to put the ultrasofts on and really feel the grip. It was awesome. I was on a mega lap on them but I went long into Turn 13, which cost me everything and I lost my lap. I was eight tenths up and it was looking good, but anyway it’s testing. I did some good running this afternoon with long runs so it’s all positive stuff. It was obviously a frustrating week last week with the couple of things that happened, but we had a good week this week. We got all our running in – long runs, short runs, and all compounds of tyres – so it was good. I think we still have to stay calm ahead of Australia and just do our work and then see where we are. It’s a new track for me as I have never been there, but I’m going to take it step-by-step and run-by-run.”