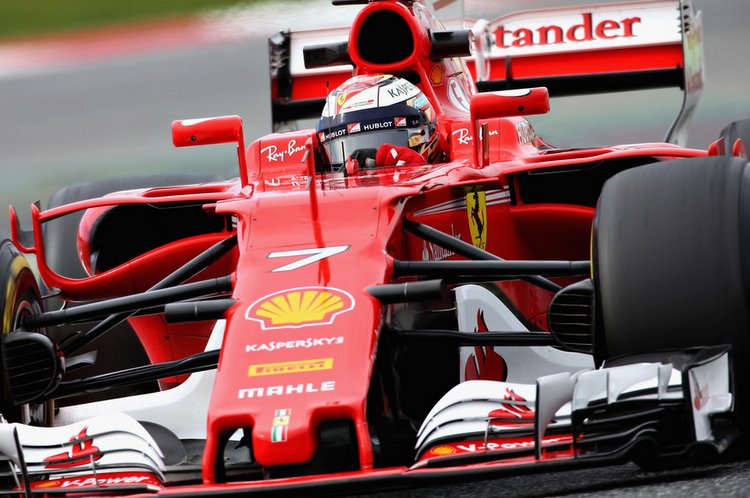 Ferrari went faster than ever on the final morning of Formula One’s pre-season testing, with Kimi Raikkonen breaking through the one minute 19 seconds barrier at the Circuit de Catalunya on Friday, while McLaren’s problems persisted.

The Finn’s best effort of 1:18.634 seconds, on supersoft tyres, was a circuit record and 0.804 seconds quicker than Red Bull’s Dutch teenager Max Verstappen on the same tyre compound in 1:19.438.

Raikkonen’s team mate and four times world champion Sebastian Vettel had been fastest on Thursday in 1:19.024.

Before that, Mercedes had set the pace with Finland’s Valtteri Bottas lapping in 1:19.310 on Wednesday. Triple champion team mate Lewis Hamilton was due to wrap up the test on Friday afternoon.

The early signs from testing, which can be deceptive, are that champions Mercedes, Ferrari and Red Bull remain on a different level to the rest but that last season’s gaps have closed at the top.

“Between the top three and the other ones it is between one second and 1.5 seconds, I think,” said Haas team principal Guenther Steiner.

“There is no surprise that Mercedes and Ferrari and Red Bull came out better than everybody else. They have more resources to do more testing and that is what it is.”

Haas driver Romain Grosjean brought out the red flags to stop the session twice on Friday, with troubled McLaren doing likewise as Spaniard Fernando Alonso had another tough session.

“Various electrical components in the power unit and chassis were changed overnight, and the team are making further changes to eliminate variables and identify the source of the problem,” said a spokeswoman.

Alonso was bottom of the timesheets, by more than a second, 4.1 seconds off Raikkonen’s pace and with only 19 laps to his credit at lunchtime.