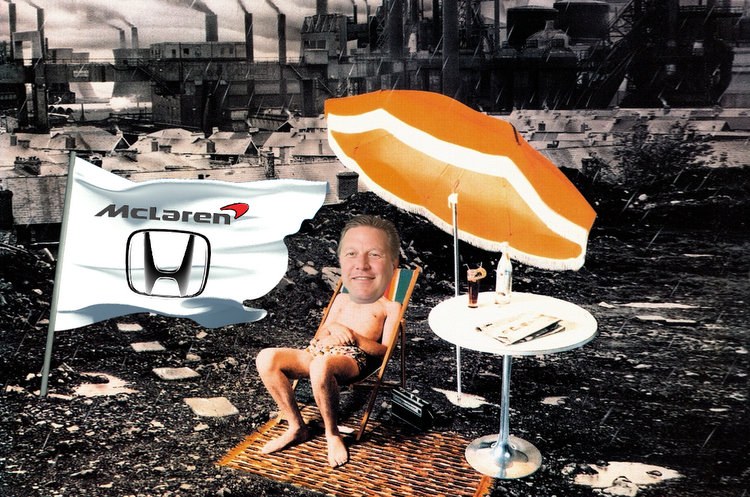 McLaren executive director Zak Brown is adamant that despite the woeful showing by his team during Formula 1 preseason testing in Spain , these past two weeks, there is no chance of the team ditching their under-fire engine supplier Honda.

The Woking outfit, the sport’s second most succesful team, have had untold problems with their engines. Six or more have already been used during the course of seven days of testing and they are among the slowest in the field.

Asked by Sky Sports if they intended to honour the contract, said to be worth $100-million, which is due to expire at the end of 2024, Brown confirmed, “Yes, that is what McLaren do.”

As for Honda walking away from the sport, tail between their legs, Brown said, “I don’t think so, they’ve given no indication of that. There has been no talk of anything other than getting to the front of the grid.”

McLaren’s misery continued on the penultimate day of testing at the Circuit de Catalunya, with Stoffel Vandoorne breaking down twice during the course of the morning.

A scheduled media conference with McLaren race team boss Eric Boullier and Honda’s F1 chief Yusuke Hasegawa was also cancelled on the day, while their star driver Fernando Alonso is clearly at the end of his patience and publicly berated Honda after his stint in the car on Wednesday. Report here>>>

With problems ongoing and apparently mounting, Brown insisted, “We have problems, clearly we have problems…but ‘crisis’ is a bit strong.”

But at the same time the American expects more pain, “Melbourne is going to be tough. I’ll be surprised if we are where we need to be or where we want to be by Melbourne so it will be a tough start to the year.”

“But we’ve been given assurances that they will do everything they can to give us the best possible power unit. We know what the issues are and we know how to address them. We are seeing improvements every day and that’s what is most important. They’re on it,” added Brown.

What is the solution for McLaren and Honda to rise from their current predicament? Feel free to share your thoughts in the comments section.